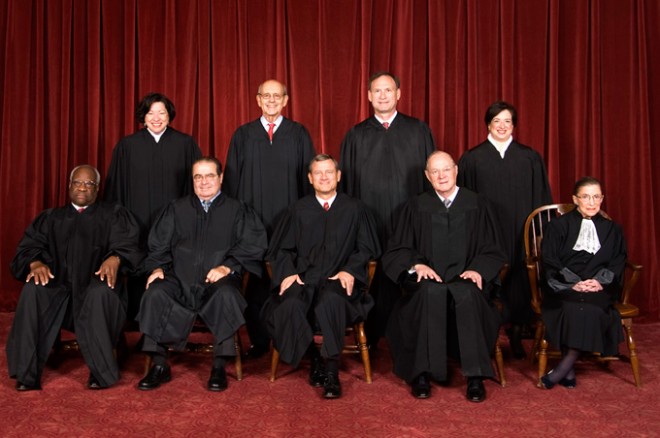 A lower court had declared the checks an unconstitutional “broad inquisition” when applied to the contractors.

The challenged background investigations sought information from any source surrounding an employee’s sex life, finances and drug use. The background checks for contractors were required beginning in 2007, and were challenged by nearly three dozen NASA contractors as being too invasive. The contractors neither sought, nor were granted, security clearances for classified information.

Ruling 8-0, with Justice Elena Kagan recused, the court found there was no breach in the contractors’ right to so-called “informational privacy.” The checks were “reasonable, employment-related inquiries that further the government’s interests in managing its internal operations,” the court concluded.

So the court, in overturning the 9th U.S. Circuit Court of Appeals, agreed with the Obama administration’s contentions that the NASA Jet Propulsion Laboratory workers’ privacy rights were not breached. The government, the court noted, was not releasing the information to the public.

“In light of the protection provided by the Privacy Act’s nondisclosure requirement, and because the challenged portions of the forms consist of reasonable inquiries in an employment background check, we conclude that the government’s inquiries do not violate a constitutional right to informational privacy,” Justice Samuel Alito wrote for the court.

Justice Antonin Scalia, in a concurring opinion joined by Justice Clarence Thomas, said there was no constitutional right to informational privacy — a premise “consistent with constitutional text and tradition.”

Holding such a position, Scalia wrote, “has the attractive benefit of resolving this case” without having to rationalize the background checks.

The Obama administration told the justices the checks were the same type conducted on all federal government workers -– now numbering about 14 million. Those background checks were part of a 2004 security directive from President George W. Bush.

The court pointed out that some of the contractors at the Jet Propulsion Laboratory outside of Los Angeles held high-level positions, including the lead “trouble shooter” for the Kepler space observatory. Another was among the lead “trajectory designers” for the Galileo Project and the Apollo moon landings.