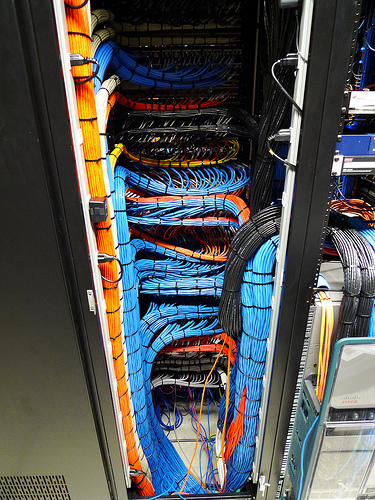 The FCC has finally officially published long-delayed rules prohibiting cable, DSL and wireless internet companies from blocking websites and requiring them to disclose how they slow down or throttle their networks.

The so-called Net Neutrality rules (.pdf), passed along party lines in late December last year in a 3-2 vote, were published in the Federal Register Friday and will go into effect on November 20.

The basic outlines of the rules, which differentiate between fixed broadband (e.g. cable, fiber and DSL) and mobile broadband (the connection to smartphones and mobile hotspot devices):

The Commission adopts three basic protections that are grounded in broadly accepted Internet norms, as well as our own prior decisions.

One of the more contentious debates, left unresolved to either side’s liking, is whether wireless companies should be forced to play by the same fairness rules as cable and DSL internet providers do. Online activists argue that in absence of such rules, wireless carriers will throttle innovative services — while the carriers maintain that their networks are more congested and that competition will prevent any unfair behavior on their part.

Verizon and MetroPCS filed suit in January to block the rules, but the suits were dismissed as being too early. Now that the rules have been officially published in the publication of the government’s business, telecoms are free to challenge the rules — which they almost certainly will do.

The Obama FCC, making good on Obama’s campaign promises, set out to strengthen rules established by the Bush FCC that guaranteed Americans the right to use the devices and online services of their choice online. But those “rules” were set up as the FCC chose to deregulate cable and DSL internet service providers — and were thrown out in court when the FCC tried to order Comcast to not block peer-to-peer file sharing.

The court found that by choosing to deregulate ISPs, the FCC lost the right to regulate ISPs.

The FCC then faced the choice of re-regulating ISPs by putting them back in the same regulatory bucket as phone service, which gives the FCC clear authority to require ISPs not to block services like Skype and to require them to let users connect to any website they like — the same as phone companies must let users call any number they like.

But that avenue turned out to be politically poisonous, with Republicans clamoring nonsensically that amounted to regulation of Internet content.

So instead the FCC says it found new authority to regulate ISPs that it has deregulated, though it’s not clear that the new authorities, which look cobbled together with Legos and Lincoln Logs, will hold up under scrutiny, especially if the telecoms get their way and have the suits heard by the same federal court that demolished the old rules.

In that case, the fights, lobbying and political posturing will start all over again.

Photo: Cables running to and from servers. Camknows/Flickr