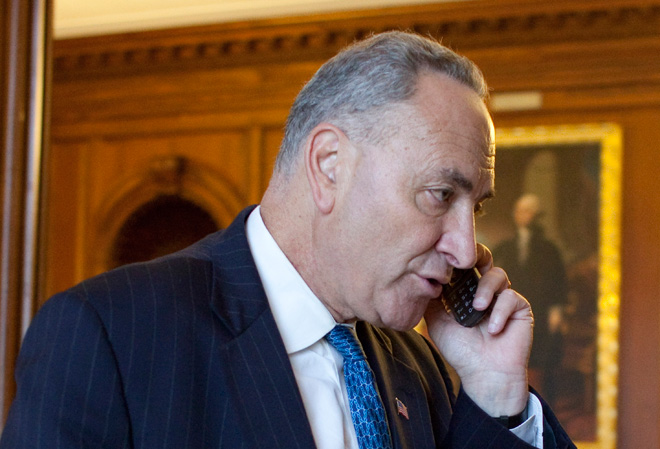 “By tracking drivers even after they’ve cancelled their service, OnStar is attempting one of the most brazen invasions of privacy in recent memory,” Schumer, a Democrat, said in a statement Monday. “I urge OnStar to abandon this policy and for the Federal Trade Commission to immediately launch a full investigation to determine whether the company’s actions constitute an unfair trade practice.”

OnStar last week began e-mailing customers about its update to the privacy policy, which grants OnStar the right to sell GPS-derived and other data in an anonymized format. That data might include a vehicle’s location, speed, odometer reading and seatbelt usage. Schumer also asked the company, a General Motors subsidiary, not to sell that data.

OnStar said it does not sell the data, but reserves that right. And the company, with six million customers, said it will turn off the two-way communication between a former customer and the service upon request — though OnStar will continue to track former customers who simply cancel their account.

Schumer, in a letter to OnStar, said:

Your recent announcement that you would continue, by default, to collect data on subscribers who had terminated their service and that you retained the right to distribute that data to third parties is a violation of the trust your customers put in you. More troubling, it is a violation of which many may not be aware; a reasonable consumer would assume that when they terminate a service, they will no longer be monitored by the service provider.

An OnStar spokesman told Threat Level last week that the connection with a car that terminated service will continue, beginning in December, to make it “easier to re-enroll” in the program, which charges from $19 to $29 monthly for help with navigation and emergencies.

Vijay Iyer, an OnStar vice president, said in an e-mail last week that other reasons for keeping the vehicle connected to OnStar include the “connection may provide us with the capability to alert vehicle occupants about severe weather conditions such as tornado warnings or mandatory evacuations.”

Another reason, he said, “could be to provide vehicle owners with any updated warranty data or recall issues.”