Score another win for big content against online innovation.

Last Friday, the Motion Picture Association of America announced that the spunky streaming movie startup Zediva agreed to close down permanently and to pay the studios $1.8 million and end its court battle with Hollywood.

Zediva’s service, which debuted to the public in March, let users watch recently released DVDs over the internet for $2, by renting out a DVD and a DVD player (installed in Zediva’s server room) controlled by a customer’s computer. The service had its public debut in March, and was sued by the studios in April.

Zediva struck no content deals with Hollywood, arguing it was more like a traditional video rental store like Blockbuster, which needs no licensing agreement to rent movies, than a video-on-demand service like Netflix, which must sign deals to stream movies to subscribers. Zediva can only rent out DVDs to one customer at a time, and makes no copies of the DVDs.

But in August, Zediva shut off its service, thanks to a preliminary injunction issued by U..S. District Court Judge John Walter who made it clear which side of the “Is Zediva Legal?” battle he was on. Walter wrote, “As the copyright holders, Plaintiffs have the exclusive right to decide when, where, to whom, and for how much they will authorize transmission of their Copyrighted Works to the public.”

Zediva argued that it’s more like a traditional video rental store like Blockbuster, which needs no licensing agreement to rent movies, than a video-on-demand service like Netflix, which must sign deals to stream movies to subscribers. Zediva can only rent out DVDs to one customer at a time, and makes no copies of the DVDs.

The MPAA, by contrast, argued that any streaming of a DVD or movie was illegal without their permission, and called the final shutdown a win for the movie industry.

“This result sends a strong message to those who would exploit the studios’ works in violation of copyright law, on the Internet or elsewhere, and it is an important victory for the more than two million American men and women whose livelihoods depend on a thriving film and television industry,” said MPAA Senior Vice President and Associate General Counsel Dan Robbins in a release (.pdf).

Zediva, a start-up, likely faced a bleak, long legal battle, without the benefit of any revenue coming in due to the injunction. Given the tone of Judge’s Walter’s tone in early rulings, Zediva’s best chance of resuming operations would have been to get the U.S. 9th Circuit Court of Appeals to take their case after losing the initial case, and then, if the 9th indeed reinstated their operation, hoping to survive a probable visit to the Supreme Court. All while trying to run a start-up.

The MPAA made no statement about whether it would refund money to Zediva customers who pre-paid to watch movies, but I’m not banking on getting my 8 dollars back from Hollywood anytime soon. 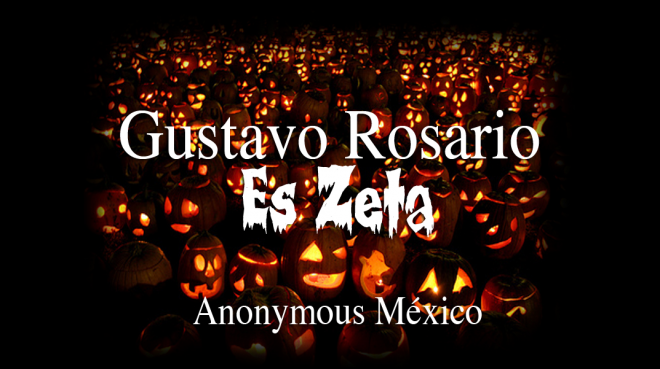 OpCartel, an announced Anonymous operation to take on the Mexican drug cartel known as the Zetas, seems like it might be in line with Anonymous’s recent shift away from pursuing lulz in favor of morals-motivated attacks against pedophiles, misbehaving corporations and repressive regimes.

Anonymous has launched a number of campaigns in the last year. Operation Payback was launched against major copyright holders after an anti-piracy firm was caught using blackhat tactics against file sharers; Operation Avenge Assange targeted financial institutions that refused to allow donations to Wikileaks; and anons have been involved with #occupywallstreet. While not completely jettisoning the lulz, the operations have clearly taken Anonymous in the direction of taking a side in contentious societal issues.

The move to take on a murderous cartel also fits with Anonymous’ history of bold, apparently fearless actions of #antisec against anyone they deem target-worthy, whether the target carries guns or not.

Still everyone, Anonymous and not, seems to agree that going after the Zetas, who are known for hanging people by their own intestines, would be a new level of ambitious, and might even be the point where Anonymous would bite off more than they could chew.

But there’s some nagging problems with the video that proposes the op.

It makes claims about a kidnapping, but has no clear details. It claims the victim of the kidnapping had been part of a paperstorm op — meaning an action where posters are plastered around an area — but, there’s no link anywhere that shows that happened. Most troublesome of all, the Mexican Anons seem to want nothing to do with it, as Global Voices details.

It’s useless to ask whether OpCartel is a fraud; wherever it came from, if it picks up steam it will be an Anonymous operation. If, as many anons I talked with have said, no one will touch it with a 10-foot pole, it simply never will become one, regardless of its origin.

OpCartel looks like a perfect example of “Let’s you and him go fight,” a set-up where a third party gets the first two parties into a conflict for their own aims. 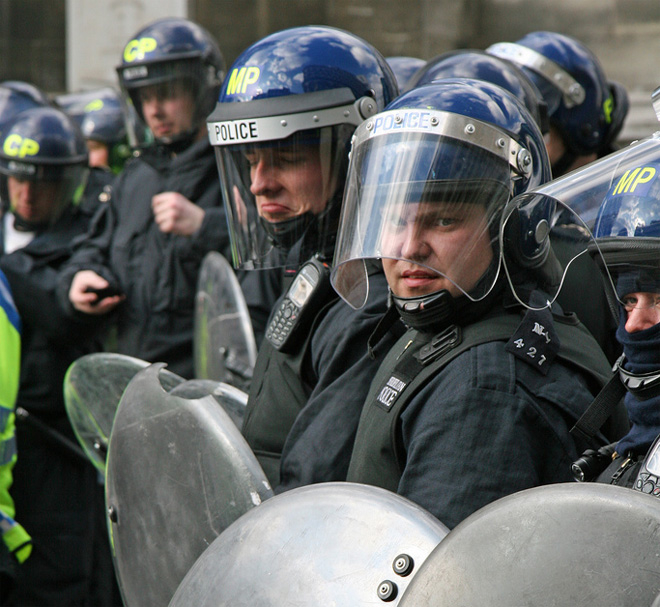 Britain’s largest police force has been using covert surveillance technology that can masquerade as a mobile phone network to intercept communications and unique IDs from phones or even transmit a signal to shut off phones remotely, according to the Guardian.

The system, made by Datong in the United Kingdom, was purchased by the London Metropolitan police, which paid $230,000 to Datong for “ICT hardware” in 2008 and 2009.

The portable device, which is the size of a suitcase, pretends to be a legitimate cell phone tower that emits a signal to dupe thousands of mobile phones in a targeted area. Authorities can then intercept SMS messages, phone calls and phone data, such as unique IMSI and IMEI identity codes that allow authorities to track phone users’ movements in real-time, without having to request location data from a mobile phone carrier.

In the case of intercepted communications, it is not clear whether the network works as a blackhole where intercepted messages go to die, or whether it works as a proper man-in-the-middle attack, by which the fake tower forwards the data to a real tower to provide uninterrupted service for the user.

In addition to intercepting calls and messages, the system can be used to effectively cut off phone communication, such as in a war zone where phones might be used as a trigger for an explosive device, or for crowd control during demonstrations and riots where participants use phones to organize.

The Met police would not provide details to the Guardian about where or when its technology had been used.

According to the company’s web site, Datong “develops intelligence solutions for international military, law enforcement and intelligence agencies for use in all operating environments,” and sells its products in the U.S. as well.

Between 2004 and 2009, Datong won over $1.6 million in contracts with the U.S. Secret Service, Special Operations Command, the Bureau of Immigration and Customs Enforcement and other agencies. In February 2010, the company won a $1.2 million contract to supply tracking and location technology to the U.S. defense industry. It also sells technology to regimes in the Middle East.

A spokesman for the U.S. Secret Service verified to CNET that the agency has done business with Datong, but would not say what sort of technology it bought from the company.

The FBI is known to use a similar technology called Triggerfish, which also pretends to be a legitimate cell tower base station to trick mobile phones into connecting to it. The Triggerfish system, however, collects only location and other identifying information, and does not intercept phone calls, text messages, and other data.

The device spoofs a legitimate GSM tower and emits a signal that’s stronger than legitimate towers in the area to entice cell phones to route their outbound calls through the spoofed tower, allowing an attacker to intercept and record calls before they’re routed on their proper way through voice-over-IP. 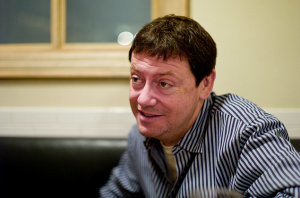 It’s no surprise that the proposal by Rep. Lamar Smith (R-Texas) to boost the government’s authority to disrupt and shutter websites that hawk or host trademark- and copyright-infringing products would draw a harsh reaction from interest groups like Public Knowledge and the Electronic Frontier Foundation.

Rep. Zoe Lofgren (D-California), whose district includes the headquarters of Google, Facebook and Apple, blasted last week’s proposal, too, saying if the measure passed, “this would mean the end of the internet as we know it.”

That’s not surprising, given the bill allows private parties, without a hearing from a judge, to cut off ad dollars to sites they say host pirated or trademarked content; lets the government order search engines and ISPs to make it impossible for users to reach blacklisted sites; and criminalizes technology that would get around the blacklist.

However, we didn’t expect to see venture capitalists staking out a position so soon.

Mike Masnick over at techdirt directs our attention to an open a letter to Christopher Dodd, the Motion Picture Association of America’s chief executive, and huge supporter of Smith’s legislation.

Signing onto the letter, which asks Dodd to end support for the Stop Online Piracy Act, are some venture capitalists like Brad Burnham and Fred Wilson of Union Square Ventures, which has invested in Twitter, Etsy, Kickstarter, DuckDuckgo, and Tumblr, among other companies.

A bill like SOPA creates so much liability that it would be impossible for two engineers in a garage to build the next great startup unless they also had a dozen lawyers sitting with them. We can’t help the artists and creators who were in our group with the new platforms they rely on, if these new innovative startups don’t even bother starting.

We can’t help the users and participants who want new and convenient and legitimate access to content, as well as ways to make their own content. At the end of the day, both Silicon Valley and Hollywood work best when we focus on creating and providing what our consumers want.

Smith’s legislation is expected to clear the House Judiciary Committee, which Smith heads, on Nov. 16. It has an uncertain fate on the House floor and in the Senate, where similar legislation has stalled.