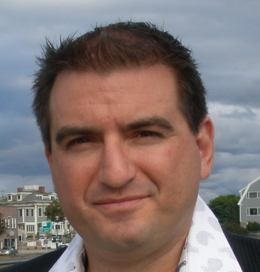 The financial woes of Las Vegas-based copyright trolling firm Righthaven worsened Saturday when one of the defendants it unsuccessfully sued for infringement asked a judge to allow seizure of the firm’s assets — with the help of the U.S. Marshals, if necessary.

The legal filing dropped moments after the Friday deadline expired for the litigation factory to pay defendant Wayne Hoehn $34,000 in legal fees. Hoehn successfully defended himself against a Righthaven copyright lawsuit seeking large damages for posting the entirety of a Las Vegas Review-Journal editorial to a small online message board.

Righthaven had asked U.S. District Judge Philip Pro of Nevada to stay the fee award, saying it might slip into bankruptcy if forced to pay.

“Righthaven has exhausted any benefit of the doubt that it could be afforded, and it is time for it to pay the consequences for its actions – starting with Hoehn’s lawful judgment plus the accrued costs and fees expended in the (so far) futile attempts to compel Righthaven to take this court’s orders seriously,” Marc Randazza, Hoehn’s attorney, wrote the court.

A filing in the case shows that Randazza wants the court to “authorize the U.S. Marshalls to execute Hoehn’s judgment through seizure of Righthaven’s bank accounts, real and personal property, and intangible intellectual property rights for levy, lien, auction or other treatment appropriate for satisfaction of Hoehn’s judgment.” (.pdf)

Struggling after several courtroom setbacks, Righthaven has ceased filing new lawsuits pending resolution of the Hoehn case and others on appeal. Righthaven was hit with a separate order Wednesday to pay $120,000 in legal fees in another case it had lost.

Borrowing a page from patent trolls, in the spring of 2010 Righthaven was formed with the idea of suing blogs and websites that re-post those newspaper articles without permission.

Righthaven initially was winning and settling dozens of cases as defendants paid a few thousand dollars each to make the cases go away. But Righthaven has never prevailed in a case that was defended in court.

The U.S. Copyright Act allows damages of up to $150,000 per infringement, but also grants legal fees and costs to the “prevailing party.” More fee awards against Righthaven are expected.

Some of the appeals question Righthaven’s legal standing to even bring lawsuits.

Another questions Judge Pro’s ruling in the Hoehn case that re-posting an entire news story was fair use and not infringement.

The lawsuit against Hoehn, one of Righthaven’s roughly 275 cases, targeted the Vietnam veteran who posted all 19 paragraphs of a November editorial from the Las Vegas Review-Journal. Hoehn posted the article, and its headline, “Public Employee Pensions: We Can’t Afford Them” on medjacksports.com to prompt discussion about the financial affairs of the nation.

Righthaven’s first client, Stephens Media of Las Vegas and operator of the Review-Journal, invested $500,000 into the Righthaven operation last year.

Righthaven’s only other client, MediaNews of Denver and the publisher of the Denver Post and 50 other newspapers, dropped Righthaven in September.

The other big issue on appeal is the complicated arrangement between Righthaven and its newspaper clients.

The arrangements hit a major snag in June when Chief U.S. District Judge Roger Hunt of Nevada threw out a copyright lawsuit against the Democratic Underground blog for allegedly clipping four paragraphs from a 34-paragraph story published by the Review-Journal, Stephens Media’s flagship paper.

As it turns out, Righthaven didn’t own the copyrights it was filing suit over. Instead, Stephens Media granted Righthaven permission to sue over the newspaper chain’s content in exchange for a 50 percent cut of all the settlements and jury awards: the agreement did not grant Righthaven license to use the content in any other way. The Electronic Frontier Foundation called the arrangement a “sham,” and judges hearing Righthaven cases began to take notice.

Judge Hunt ruled in the case that a “copyright owner cannot assign a bare right to sue.”

Righthaven’s other client, Denver Post publisher MediaNews Group, had a similar relationship with Righthaven, and some three dozen Righthaven lawsuits over Denver Post content have been dismissed over the standing issue.

Steve Gibson, Righthaven’s chief executive and one of its few remaining employees, did not immediately respond for comment.