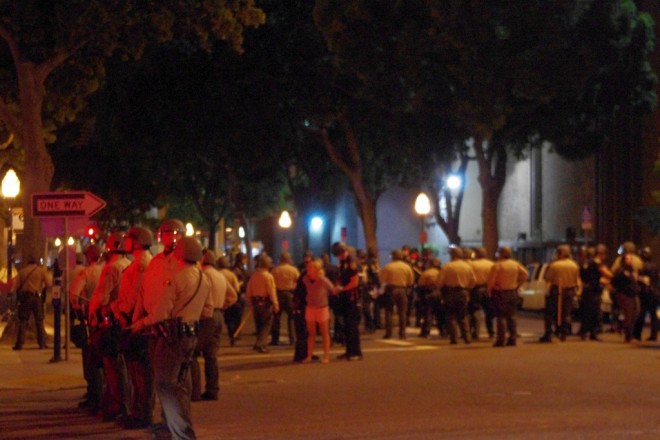 While the media’s focus on the Occupy movement has been split between the Bay Area and New York City, OccupySD (San Diego) and OccupyNashville were pushed out of public parks on Thursday and Friday, resulting in 80 arrests. The movement, protesting against an economic and political system that unfairly benefits the top 1% of the population, has spread to cities throughout the country in just a few short weeks.