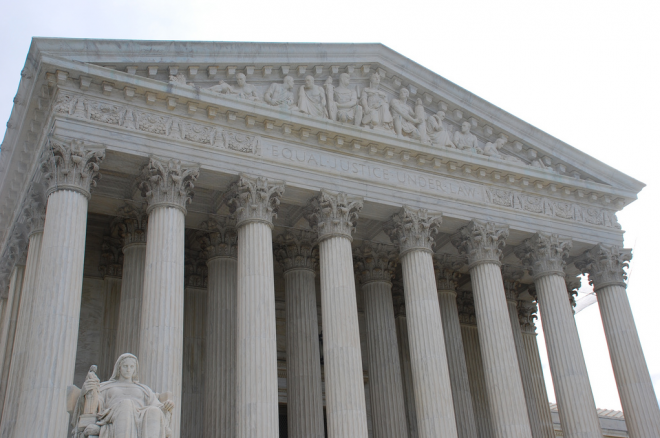 The Supreme Court is refusing to review a federal appellate panel’s decision that software makers may use shrink-wrap and click-wrap licenses to forbid the transfer or resale of their wares.

Without comment, the justices on Monday let stand a 9th U.S. Circuit Court of Appeals ruling that is another erosion of the so-called “first-sale” doctrine, which the Supreme Court began to chip away at last year.

The first-sale doctrine generally is an affirmative defense to copyright infringement. It usually allows legitimate owners of copyrighted works to resell those copies.

That 3-0 circuit court decision means copyright owners may prohibit the resale of their wares by inserting clauses in their sales agreements. Autodesk had done that with a version of its popular AutoCAD software. The San Rafael, Calif. company sued to enforce those terms in its sales agreement and prevailed.

The Motion Picture Association of America and Software & Information Industry Association, whose members include Google, Adobe, McAfee, Oracle and dozens of others, urged the appellate court to rule as it did.

The American Library Association and eBay argued against that outcome. The library association said it feared that the software industry’s licensing practices could be adopted by other copyright owners, including book publishers, record labels and movie studios.

That assertion was not lost on the appeals court. It ruled Congress is free to modify copyright law “if it deems these or other policy considerations … require a different approach.”

The 9th Circuit’s ruling last year was believed to be among the first appellate decisions directly addressing whether a user agreement could forbid resales of software. The appellate courts have previously backed companies that have imposed terms on how software may be used.

The 9th Circuit had reversed a lower court judge who ruled the first-sale doctrine applied whenever the consumer is entitled to keep the copy of the work, thus allowing consumers to resell their purchased software at will.

The case concerned Autodesk’s AutoCAD Release 14, which was for sale on eBay. Autodesk, invoking the Digital Millennium Copyright Act, demanded eBay remove the item from the site, and it promptly did in 2007.

Timothy Vernor, the seller, had purchased at least four copies of the software from a company that was required to dispose of the software under an Autodesk user agreement. Vernor re-posted the sale on eBay and his eBay account was terminated after Autodesk complained. Litigation ensued and the Supreme Court rejected his challenge Monday.

The first-sale doctrine of 1909, in its current form, says the “owner of a particular copy” of a copyrighted work may sell or dispose of his copy without the copyright owner’s authorization.

Last year, the Supreme Court ruled Costco could be liable for copyright infringement for selling foreign-made watches without the manufacturer’s authorization.

Omega, of Switzerland, sued Costco for copyright infringement because Costco was obtaining the watches from unauthorized European dealers that sold them far cheaper than U.S.-based Omega distributors.

Omega copyrighted the watch design in the United States by imprinting the company’s emblem on the underside of the timepiece. The justices upheld a lower court decision saying the first-sale doctrine did not apply to goods produced overseas.