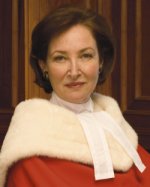 The Supreme Court of Canada today issued its much anticipated ruling in Crookes v. Newton, a case that focused on the issue of liability for linking to allegedly defamatory content. The court provided a huge win for the internet as it clearly understood the significance of linking to freedom of expression and the way the internet functions by ruling that there is no liability for a mere hyperlink.

“I would conclude that a hyperlink, by itself, should never be seen as ‘publication’ of the content to which it refers,” Justice Rosalie Silberman Abella wrote.

It’s alarming that the legality of linking was uncertain in Canada until Wednesday.

via Michael Geist – Supreme Court of Canada Stands Up for the Internet: No Liability for Linking.