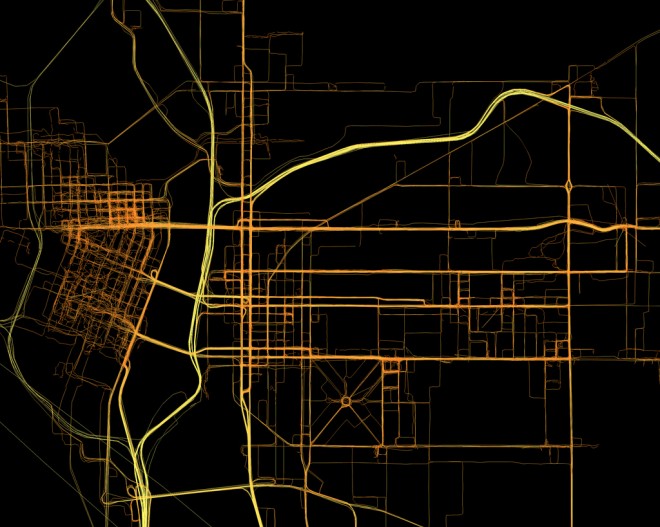 Apple’s latest iOS brings enhanced location services to your iPhone. So enhanced that some apps make it seem a little bit scary at just how well they’re tracking you, even when the app isn’t running—but it’s a good thing! Right?

Updated location features in iOS mean that apps like Foursquare and Apple’s own Reminders can notify you when you enter or leave a geographic region. For instance, Foursquare’s new feature Radar will pop up a notification when you’re near a location—or people—that Foursquare thinks might be of interest to you. How? An updated Core Location feature, Region Monitoring.

Region Monitoring isn’t new to iOS. In fact, it was part of iOS 4. But the latest incarnation has received a few new APIs and been tweaked out so that developers, including Apple, are actually using it. Since Core Location is a system-level service that can be accessed by any app on your device, if an app or service on your device is gathering location information via Wi-Fi, cell-tower triangulation, or GPS, that information can be shared passively with other apps. For example, if the Maps app is open, the GPS information is automatically shared with any apps that are tapping into Core Location. Or the new Find My Friends, which in our testing keeps pretty accurate and well updated tabs on you.

The Region Monitoring feature allows apps to register to be notified when a device crosses the threshold of a geographic region. This information can be denoted by location, radius, and accuracy. Because Core Location is constantly running, the app doesn’t have to be running in the foreground or background to receive this information. When iOS determines that you’ve entered a registered area, it tells the app and the app throws an alert or notification. This is what happens when you get to the market and Apple’s Reminders app tells you that you desperately need to buy toilet paper with a notification.

According to the developers I spoke with, unless an app is abusing Core Location and constantly sending notifications based on Region Monitoring, there shouldn’t be any substantial battery drain. In fact, Apple seems to always be tinkering with iOS to enhance the accuracy of Core Location without killing your battery every time you drive through town. (Interestingly, iOS 5 now hounds you when turn off Wi-Fi, reminding you that it helps deliver more accurate location results. That’s partly to help their crowd-sourced Wi-Fi location database, of course.)

While to-do list reminders and being told that you’d probably love to get a massage from that place down the street is fine and dandy, the Region Monitoring feature could be used for stuff that’s actually cool. Yelp could pop notifications to great restaurants in your area when dinner time rolls around. History buffs could get an app that pings them when they’re near the location of some epic battle. And that whole geocaching thing could be enhanced with notifications leading you to your destination. Of course we’ll probably just end up with Groupon telling us the horrible pizza place down the street has two-for-one sausage slices at 11PM.