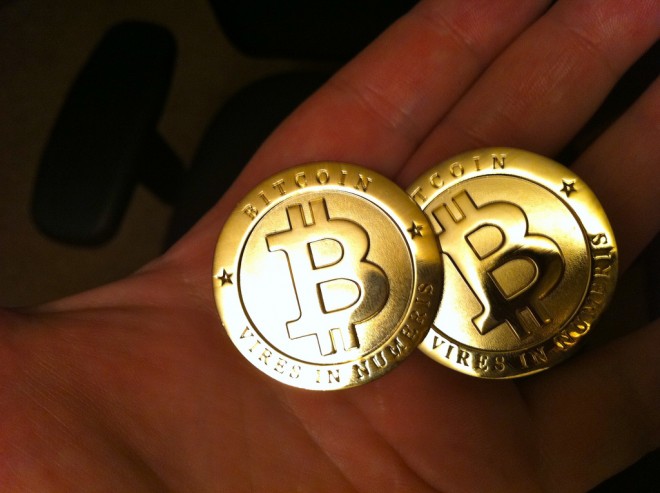 The last time we wrote about Bitcoin, in October, the currency’s future looked grim. A series of security incidents had created an avalanche of bad press, which in turn undermined public confidence in the currency. Its value fell by more than 90 percent against the dollar.

We thought Bitcoin’s value would continue to collapse, but so far that hasn’t happened. Instead, after hitting a low of $2, it rose back above $3 in early December, and on Monday it rose above $4 for the first time in two months. It’s impossible to predict where the currency will go next, but at a minimum it looks like the currency will still be around in 2012.

This presents a bit of a puzzle for Bitcoin skeptics. The original run-up in prices could easily be explained as a speculative bubble, and the subsequent decline as the popping of that bubble. But if that were the whole story, then the value of Bitcoins should have continued to decline as more and more people lost confidence in the currency. That hasn’t been happening.

Of course, the value of Bitcoin could resume falling at any time, but the currency’s apparent stability over the last month has inspired us to give it a second look. How can an ephemeral currency without the backing of any large institution be worth $30 million, as the world’s Bitcoins currently are? In the short run, a currency’s value can be pumped up by a speculative bubble, but in the long run it must be backed up by “fundamentals” — properties that make holding it objectively valuable.

Dollars are valuable because they’re the official medium of exchange for the $14 trillion U.S. economy; euros and yen are valuable for similar reasons. Bitcoin boosters have traditionally suggested that Bitcoin is an alternative to these currencies. But we’ll suggest an alternative explanation: that Bitcoin is not so much an alternative currency as a “metacurrency” that allows low-cost and regulation-free transfer of wealth between nations. In other words, Bitcoin’s major competitors aren’t national currencies, but wire-transfer services like Western Union.

Bitcoin is a bad currency

While Bitcoin isn’t a very good currency, it has the potential to serve as a “metacurrency”: a medium of exchange among the world’s currencies.

The traditional argument for Bitcoins has positioned the peer-to-peer currency as an alternative to conventional currencies like dollars, euros, and yen. Bitcoin boosters point to two major advantages Bitcoins have over dollars: price stability and lower transaction costs. As we’ll see, neither of these advantages is compelling for ordinary consumers.

The argument from stability mirrors the traditional argument for a gold standard. The dollar has lost about 95 percent of its value over the last century. The Bitcoin protocol is designed to never allow more than 21 million Bitcoins to enter circulation, and supporters argue that this guarantees the currency maintains its value over time.

The obvious problem with this argument is that Bitcoins have lost more than 90 percent of their value in five months. It would be pretty foolish for someone worried about the dollar’s 3 percent inflation rate to put their life savings into a currency with that kind of volatility.

Bitcoin boosters forget that the value of a currency is determined by supply and demand. Demand for dollars is driven by the size of the U.S. economy, which doesn’t change very much from year to year. But the demand for Bitcoins is primarily driven by speculative forces, causing its value to fluctuate wildly.

But this argument ignores the fact that credit cards provide important benefits in exchange for those transaction fees. If you buy something with a credit card and get ripped off, you can dispute the charge and get your money back. In contrast, Bitcoin transactions are irreversible. If you pay a merchant in Bitcoins and he rips you off, (or someone hacks into your computer and makes a fraudulent payment), you’re out of luck.

Of course, third parties may offer Bitcoin-based payment services that offer features such as chargebacks and fraud protection. But such services don’t come free; consumers or merchants would have to pay fees to use them. And there’s no reason to think Bitcoin-based banking services would be any cheaper than traditional ones in the long run.

Paying with Bitcoins also introduces the inconvenience of fluctuating prices. When people buy things with cash or credit cards, their purchases are denominated in the local currency. Dealing in Bitcoins means customers and businesses must regularly convert between dollars and Bitcoins, and must therefore worry about the fluctuating exchange rate between them. That’s a headache few people want.

So Bitcoins are not a compelling alternative to conventional currencies. Although there are a few isolated examples of traditional businesses accepting Bitcoins as payment, these seem to be driven more by the novelty of the concept than by compelling economic or technical advantages.

Bitcoin as a metacurrency

The longer Bitcoins continue to exist, the more confidence people will have in its continued existence.

The wire transfer industry is much less consumer-friendly than the credit card industry. Wire transfer fees can be much higher than credit card fees, and wire-transfer networks offer much less robust fraud protection services than do credit card networks.

Moreover, the flow of funds across national borders is heavily regulated. Governments monitor the flow of funds in an effort to stop a variety of activities they don’t like. In the U.S., the focus is on terrorism, tax evasion, gambling, and drug trafficking. (Carrying cash across borders in a suitcase invites similar government scrutiny.)

Bitcoin allows wealth to be transferred across international borders without the expense or government scrutiny that comes with traditional wire transfers. An American immigrant wanting to send cash to his family in India needs only to find someone in the United States to trade his dollars for Bitcoins. He can then transfer the Bitcoins to his relatives in India, who then need to find someone willing to take Bitcoins in exchange for rupees.

But there may be little governments can do about this. They can attempt to mandate the reporting of Bitcoin transactions, but there’s no obvious way to enforce such a regulation, since Bitcoin transactions are easy to obfuscate. At most, governments could prohibit the conversion of funds between local currencies and Bitcoins, but this will merely push the currency underground, not eliminate it altogether.

If Bitcoin’s value stabilizes, it will also become a way to store wealth beyond the reach of any government. Cash and gold are bulky, hard to move, and subject to confiscation. In contrast, the encrypted credentials of a Bitcoin wallet can be stored securely on a server anywhere in the world. This could make the currency appealing to anyone wanting to place his wealth beyond the reach of the law — a corrupt government official wanting to hide ill-gotten gains, a political dissident who fears his life savings will be taken, or an ordinary citizen worried about the solvency of traditional banks.

Bitcoin’s role as a way to move and store wealth does not depend on Bitcoins being widely used for commerce. For Bitcoin to work as a viable “metacurrency” only requires that there be a liquid market between Bitcoins and national currencies. Such a market already exists for several major currencies.

Of course, there’s a circularity to this argument. Bitcoin’s value as a way to move and store wealth depends on the value of Bitcoins being relatively stable against conventional currencies. And the continued value of Bitcoins depends on people finding nonspeculative uses for it. But if the currency continues to retain its value in the coming months (a big if, admittedly) this would be a sign that the chicken-and-egg problem has been solved. And the longer Bitcoins continue to exist, the more confidence people will have in its continued existence.

Western Union moved $70 billion across borders in 2010, earning about $1 billion in profits. There’s no Bitcoin Inc. to compete directly with Western Union, but the owners of Bitcoins can be thought of as shareholders in a decentralized Western Union alternative. If the Bitcoin network captures a small fraction of Western Union’s money-transfer business, the currency’s current “market capitalization” of around $30 million could wind up looking downright puny.