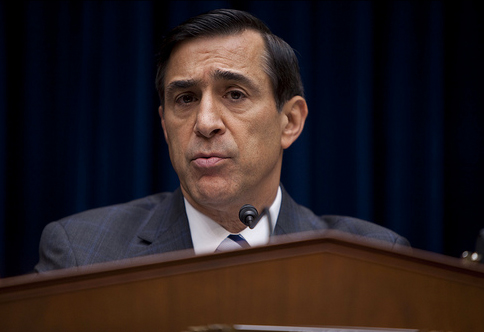 Rep. Darrell Issa (R-California), a major opponent of the Stop Online Piracy Act, announced Monday he is bringing in the techies to hold a public hearing highlighting the online security implications of a proposed bill that would force changes to internet infrastructure to fight online copyright infringement.

The announcement came three weeks after a markup of SOPA in the House Judiciary Committee was abruptly postponed amid concerns over its blacklisting element, which lets the attorney general order changes to core internet infrastructure in order to stop copyright infringement.

The fight pits the big donors of Hollywood against Silicon Valley, relative newcomers to the world of influence peddling. Hollywood argues that millions of jobs are lost a year due to pirate websites, while the tech world argues that the open nature of the internet has created millions of jobs and that copyright holders already have tools to fight illegal downloaders.

“An open internet is crucial to American job creation, government operations, and the daily routines of Americans from all walks of life,” Issa said in a statement. “The public deserves a full discussion about the consequences of changing the way Americans access information and communicate on the internet today.”

Issa is the chairman of the House Committee on Oversight and Government Reform. The hearing is set for Jan. 18.

The legislation mandates that ISPs alter records in the net’s system for looking up website names, known as DNS, so that users couldn’t navigate to the site. Or, if ISPs choose not to introduce false information into DNS at the urging of the Justice Department, they instead would be required to employ some other method, such as deep-packet inspection, to prevent American citizens from visiting infringing sites.

ISPs, could, for instance, adopt tactics used by the Great Chinese Firewall to sniff for traffic going to a blacklisted site and simply block it.

Among those scheduled to testify are Stewart Baker, the former Department of Homeland Security policy director, who has said SOPA “would still do great damage to internet security.”

Also slated to testify is DNS expert Dan Kaminsky of DKH. Putting false information into the DNS system — the equivalent of the net’s phonebook — would be ineffective, frustrate security initiatives and lead to software workarounds, according to a paper co-signed by security experts Steve Crocker of Shinkuro, David Dagon of Georgia Tech, Danny McPherson of Verisign, Paul Vixie of Internet Systems Consortium and Kaminsky.

On Dec. 16, Rep. Lamar Smith (R-Texas), who heads the House Judiciary Committee, halted the SOPA markup so the committee could hear from technical experts. However, no new hearing before that committee has been scheduled.

The Judiciary Committee, however, did hear from the Motion Picture Industry Association of America in November, but has never called an expert on internet architecture. Michael O’Leary, an MPAA vice president, had testified before the committee that security concerns were “overstated.”

In the security context, many internet experts maintain the bill would break the internet’s universal character and hamper U.S. government-supported efforts to rollout out DNS-SEC, which is intended to prevent hackers from hijacking the net through fake DNS entries.