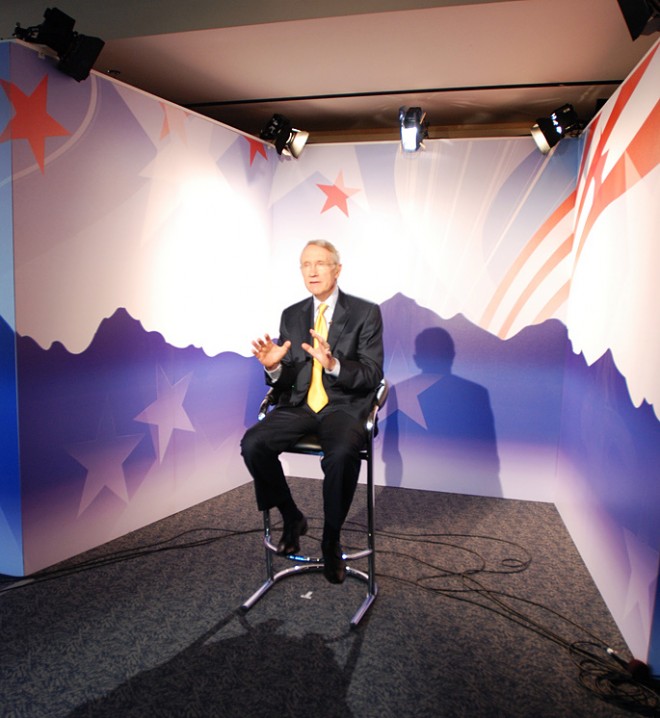 “In light of recent events, I have decided to postpone Tuesday’s vote on the Protect IP Act,” the senator said in a statement.

Reid urged Sen. Patrick Leahy (D-Vermont), the chief sponsor of PIPA, to “continue engaging with all stakeholders to forge a balance between protecting Americans’ intellectual property, and maintaining openness and innovation on the internet.”

PIPA was scheduled for a procedural vote on the Senate floor on Tuesday, the first step toward breaking a rarely used hold on the measure imposed by Sen. Ron Wyden (D-Oregon).

Reid’s announcement means that, for the moment, there is no action scheduled on either the Senate version of the anti-piracy legislation or the House version, the Stop Online Piracy Act. The move comes a day after rumblings that President Barack Obama was losing financial support from Hollywood, a major backer of the House and Senate measures, because of his opposition.

Meanwhile, Rep. Lamar Smith (R-Texas) the chairman of the House Judiciary Committee and lead sponsor of SOPA, quickly followed Reid’s move, despite having tentatively set a “February” vote date to consider watered down versions of the original measure he floated late last year. “It is clear we need to revisit the approach on how best to address the problem of foreign thieves that steal and sell American inventions and products,” he said in a statement.

The measures face an uncertain future given widespread legislative opposition to the proposals in their current form. On Wednesday, as thousands of websites blacked themselves out or altered their appearance in protest, Republican and Democratic lawmakers in both the Senate and House began distancing themselves from the non-partisan bills they had once supported.

A key provision Smith and Leahy have agreed to remove is one that had mandated DNS redirecting of websites deemed dedicated to infringing activity. That provision would have required ISPs to prevent Americans from visiting blacklisted sites by altering the system known as DNS that turns site names like Google.com into IP addresses such as 174.35.23.56.

Here is a primer on what else is up for negotiation in the two similar bills, which many claim is unworkable and amounts to censorship.