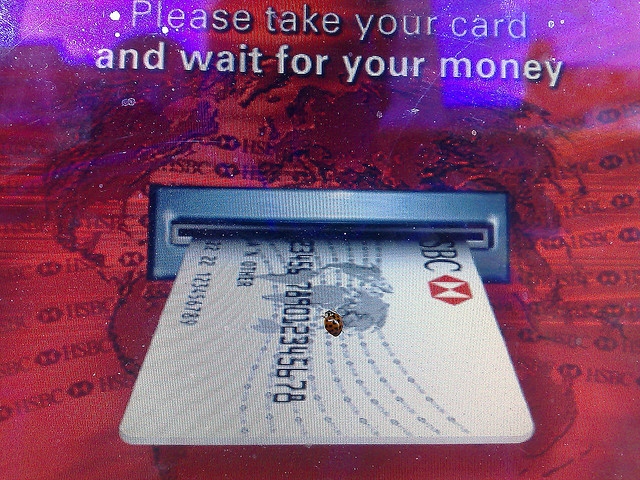 A Romanian man has been arrested in a $1.5 million card-skimming operation that targeted 40 ATMs belonging to HSBC branches in New York.

Between May 2010 and this week Laurentiu Iulian Bulat and others allegedly installed card-skimming devices that stole card numbers and PINs on HSBC ATMs in Manhattan, Long Island and Westchester.

The devices recorded information embedded in the magnetic stripe of bank cards as customers inserted them into the ATMs. Pin-hole cameras the hackers installed in the ATMs recorded the PINs as customers typed them on the keypad. The thieves would return to the ATMs within a day or two to collect the stored data and subsequently embed it on blank cards. Then using the videotaped PINs, they withdrew about $1.5 million from customer accounts over about seven months, authorities say.

According to an affidavit filed by U.S. Secret Service Agent Eric Friedman (.pdf), Bulat was caught on bank surveillance cameras on Thursday morning – and on prior occasions – installing the skimmers and pin-hole cameras and made no attempt to hide his face.

Bulat, according to authorities, has been in the U.S. illegally on an overstayed visa. He’s charged with one count of conspiracy to commit bank fraud and one count of bank fraud. If convicted, he faces a maximum sentence of 60 years in prison.