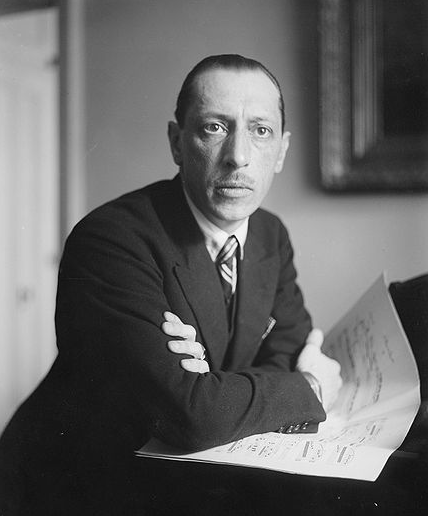 Congress may take books, musical compositions and other works out of the public domain, where they can be freely used and adapted, and grant them copyright status again, the Supreme Court ruled Wednesday.

In a 6-2 ruling, the court said that, just because material enters the public domain, it is not “territory that works may never exit.” (.pdf)

The top court was ruling on a petition by a group of orchestra conductors, educators, performers, publishers and film archivists who urged the justices to reverse an appellate court that ruled against the group, which has relied on artistic works in the public domain for their livelihoods.

They claimed that re-copyrighting public works would breach the speech rights of those who are now using those works without needing a license. There are millions of decades-old works at issue. Some of the well-known ones include H.G. Wells’ Things to Come; Fritz Lang’s Metropolis and the musical compositions of Igor Fyodorovich Stravinsky.

The court, however, was sympathetic to the plaintiffs’ argument. Writing for the majority, Justice Ruth Ginsburg said “some restriction on expression is the inherent and intended effect of every grant of copyright.” But the top court, with Justice Elena Kagan recused, said Congress’ move to re-copyright the works to comport with an international treaty was more important.

For a variety of reasons, the works at issue, which are foreign and produced decades ago, became part of the public domain in the United States but were still copyrighted overseas. In 1994, Congress adopted legislation to move the works back into copyright, so U.S. policy would comport with an international copyright treaty known as the Berne Convention.

In dissent, Justices Stephen Breyer and Samuel Alito said the legislation goes against the theory of copyright and “does not encourage anyone to produce a single new work.” Copyright, they noted, was part of the Constitution to promote the arts and sciences.

The legislation, Breyer wrote, “bestows monetary rewards only on owners of old works in the American public domain. At the same time, the statute inhibits the dissemination of those works, foreign works published abroad after 1923, of which there are many millions, including films, works of art, innumerable photographs, and, of course, books — books that (in the absence of the statute) would assume their rightful places in computer-accessible databases, spreading knowledge throughout the world.”

Anthony Falzone, executive director of the Fair Use Project at Stanford University and a plaintiff’s lawyer in the case, called the decision “unfortunate” and said it “suggests Congress is not required to pay particularly close attention to the interests of the public when it passes copyright laws.”

The majority, however, rebuffed charges that a decision in favor of Congress’ move would amount to affording lawmakers the right to legislate perpetual copyright terms.

“In aligning the United States with other nations bound by the Berne Convention, and thereby according equitable treatment to once disfavored foreign authors, Congress can hardly be charged with a design to move stealthily toward a regime of perpetual copyrights,” Ginsburg wrote.

It’s not the first time the Supreme Court has approved the extension of copyrights. The last time was in 2002, when it upheld Congress’ move to extend copyright from the life of an author plus 50 years after death to 70 years after death.

The lead plaintiff in the case, Lawrence Golan, told the high court that it will not longer be able to perform Prokofiev’s Classical Symphony and Peter and the Wolf, or Shostakovich’s Symphony 14, Cello Concerto because of licensing fees.