Alleged Accomplice of Accused Cable-Modem Hacker Testifies Against Him 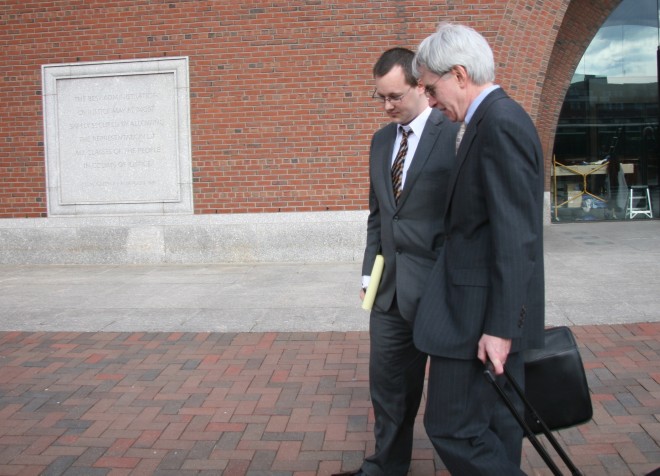 The alleged accomplice of an accused cable-modem hacker testified in court on Wednesday that the suspect taught him how to pirate cable service using hacked firmware and cloned MAC addresses.

Craig Phillips, a former business partner of accused cable-modem hacker Ryan Harris, told a Boston jury that Harris taught him how to use hacked firmware to “uncap” cable modems and use the firmware with cloned MAC addresses to steal cable service.

Phillips has been given immunity by prosecutors for his testimony, and the jury has been instructed to regard his statements with healthy skepticism.

Ryan Harris, 28, is facing charges of conspiracy, computer fraud and wire fraud in connection with the business he and Phillips established for modding and selling hacked cable modems.

The government alleges that by providing hacked firmware, tutorials and support to people who used the cable modems to steal internet service or upgrade their existing service in violation of their ISP’s terms of service, Harris participated in a conspiracy and aided their fraud.

The case could have larger implications for other technology tools that can be used for criminal purposes, such as software mods for modems or even anonymizing software.

Phillips’s testimony depicted Harris as being overtly into cable modem hacking for the purpose of defrauding ISPs. Phillips, who met Harris in 2001, testified that after Harris taught him how to use hacked firmware to uncap cable modems and get free services, he downloaded and used tools from Harris’s web site, tcniso.net. He also obtained a MAC address from the tcniso forums that helped him get free cable service in 2005 that he then used to upload and download music and movies to an ftp server illegally.

He later helped Harris found the TCNiSO company to sell preflashed cable modems for up to $100.

Among the evidence prosecutors presented in court were MSN Messenger chat logs that Phillips had copied from computers when he and Harris parted company in 2006 following disputes. Phillips passed the logs to the FBI in 2010.

In the logs, Phillips and Harris discussed setting up modems with cloned IP addresses and using them to transfer files online. They also discussed incorporating TCNiSO as a company, and imagined making hundreds of thousands of dollars that would allow them to buy a house.

Defense attorney Charles Mcginty told the court that his client may have provided tools capable of committing crimes, but he was not responsible for how his tools or information he provided were used.

“It’s not enough to know that a product might be used unlawfully,” Mcginty told jurors in his opening remarks. “There must be knowledge of how that product would be used.”