As FBI and Scotland Yard investigators recently plotted out a strategy for tracking suspects linked to Anonymous, little did they know that members of the group were eavesdropping on their conference call and recording their plans.

The online vigilante group has released a 17-minute clip of a Jan. 17 conference call between investigators discussing evidence gathered against members of the group as well as upcoming plans for arrests. The group also released an e-mail sent out by an FBI agent to law enforcement agents around the world with a phone number and password for accessing the conference call.

The FBI has confirmed to the Associated Press that the recording is authentic.

AnonymousIRC, a Twitter account purporting to be connected to the group, sent out a tweet on Friday with a link to an audio recording of the call, followed later by a message that read, “The FBI might be curious how we’re able to continuously read their internal comms for some time now.”

The call, between participants named Stewart and Bruce from Scotland Yard and the Los Angeles office of the FBI, began with the callers laughing over an inside joke about McDonald’s and cheese, then moved on to a discussion about a cyberconference in Sheffield. A few minutes later another agent from FBI headquarters in Washington, D.C., joined in.

At that point, the participants began talking about Ryan Cleary and Jake Davis, two U.K. suspects linked to Anonymous. The investigators also discussed setting back arrests connected to two suspects known online as Tflow and Kayla. On the call the agents appeared to give the real names of these suspects, but Anonymous bleeped them out. The U.K. investigator notes that local authorities have made a secret application to a judge to request a delay in proceedings to assist the FBI. 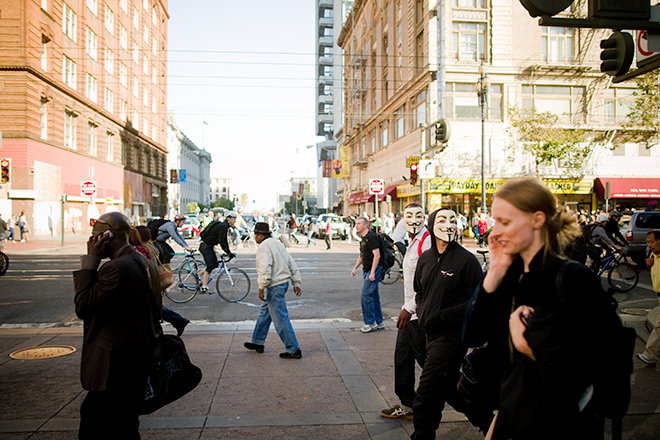 “We’ve set back the further arrests of Kayla and Tflow, that being [redacted] and [redacted], until we know what’s happening,” the U.K. investigator said. “We’ve got our prosecution counsel making an application in chambers, without defense knowing, to seek a way to try and factor some time in that won’t look suspicious.”

“How much time do you think is reasonable?” the U.S. caller asked.

“I’ve gone and said eight weeks, if they come back and say they’ll only give us six weeks I think it still helps you guys out…,” was the reply. “We have got Ryan Cleary’s indecent images, which have been found partly by our guys and partly by the USAF team who looked at his hard drive. So what we’re going to propose is that they get dealt with first, historically they’re the older offenses, and then that would take six to eight weeks before we then rolled onto the second half of that. But it’s down to the trial judge.”

The FBI agent thanked the Yard investigator for being flexible and helping out U.S. authorities.

“Hey, we’re here to help,” the Yard investigator responded. “We’ve cocked things up in the past, we know that. It gives us more time to examine the chat logs in any event, so it’s not that much of a hardship.”

The discussion then turned to another 15-year-old suspect who used the online moniker Tehwongz, and who was apparently arrested in the U.K. before Christmas for DDoSing his school and allegedly defacing the website of a Manchester-based credit union. The U.K. agent explained that the hacker wrote a statement revealing how he became a hacker and allegedly asserting that he was responsible for the hack of the gaming site Steam, which suffered a breach last year.

The FBI investigator noted that the agency’s Baltimore office was looking into the compromise and would be interested in seeing the hacker’s statement.

“He’s just a pain in the bum,” the Yard investigator said in the call, adding that investigators had a copy of the suspect’s hard drive and would look at prosecuting him for the Steam hack if they can make evidence against him.