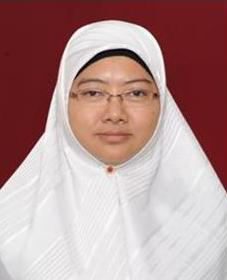 A federal appeals court on Wednesday revived a Malaysian woman’s legal fight against the United States’ no-fly list, ruling that she may challenge her two-hour airport detention on allegations she was wrongly singled out as a suspected terrorist.

The woman, Rahinah Ibrahim, was detained, handcuffed and questioned for two hours at San Francisco International Airport in 2005 when she was told she was on the government’s no-fly list. The detention sparked a legal odyssey that continues today, one questioning whether federal authorities may detain people on watchlists in U.S. airports with impunity.

Resolution of that question inched a step closer Wednesday when a three-judge panel of the San Francisco-based 9th U.S. Circuit Court of Appeals ruled 2-1 that she could mount that challenge. Still, the court expressed no opinion in the outcome in a case testing how far the law stretches when it comes to detaining somebody on a watchlist for investigative purposes.

“At this point in the litigation, no court has attempted to determine the merits of Ibrahim’s claims under the First and Fifth Amendments. The parties have not briefed whether her placement on a terrorist watchlist violates her rights to freedom of association, equal protection, and due process,” Judge William Fletcher wrote for the majority, (.pdf) which was joined by Judge Dorothy Nelson.

The decision comes a week after The Associated Press, citing unnamed sources, said the number of individuals on the no-fly list barring flight into and out of the United States doubled to “about 21,000 names” from the year prior. The evidence and procedures used to place individuals on the list are secret. Also secret are the reviews of people who ask to be removed from that list and from the much larger “selectee list” which allows people to fly, but requires they go through a pat-down or other extra screening.

Following 9/11, the appeals court noted, “tens of thousands of of travelers have been misidentified because of misspellings and transcription errors” and because of “computer algorithms that imperfectly match travelers against the names” on watchlists.

The woman, a mother of four, was an engineering doctoral student at Stanford University in 2005 on a student visa when she headed to a Stanford-sponsored conference in Malaysia, where she was to present a research paper.

Instead, she was detained and handcuffed at SFO for more than two hours before the FBI let her go. She missed her flight and did not present her research. She took a flight the next day and was allowed to board, but was not allowed back into the country.

She sued, and eventually settled her wrongful detention suit against the San Francisco Police Department and a TSA contractor, which paid her a combined $225,000.

In March of 2005, the woman submitted a request through the Transportation Security Administration’s “Passenger Identity Verification” program to clear her name.

The TSA responded a year later in a form letter, saying “it has been determined that a correction to records is warranted, these records have been modified. The letter did not state whether Ibrahim was, or was not, on the no-fly List or other terrorist watchlists.

The woman, who eventually graduated from Stanford, claims her U.S. visa was revoked as well because of being named on a watchlist.

The appeals court, in reviving her case against the federal government, reversed a lower court judge who said she was “an alien who voluntarily left the United States and thus left her constitutional rights at the water’s edge.” The court’s majority said the woman was entitled to the U.S. court system because she had “substantial voluntary connections” to the United States.”

In dissent, New York U.S. District Judge Kevin Duffy, sitting by assignment, said courts should stay out of the flap because the “alleged harm is ultimately non-redressable.”