FBI File on Steve Jobs Notes Use of LSD, Dishonesty 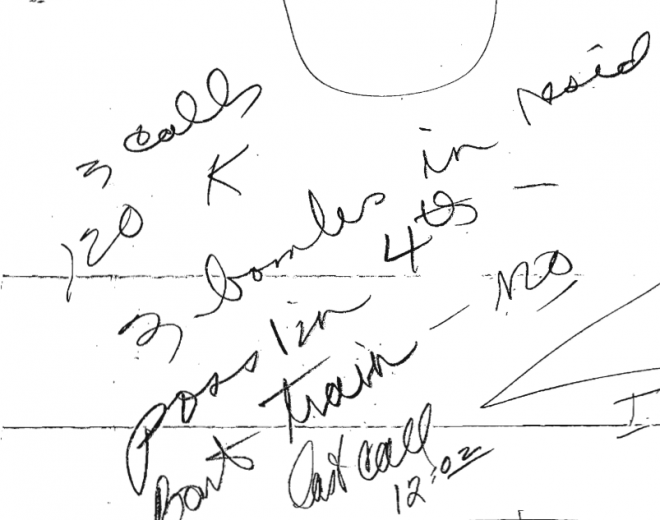 Notes from an FBI special agent investigating a bomb-threat extortion attempt against Steve Jobs in 1985.

The government released Steve Jobs’ FBI file Thursday, including details of a background check done for a presidential appointment in 1991 and a bomb threat against him in 1985. The document also indicates that Jobs had a Top Secret government security clearance while working at Pixar.

The background check for an appointment to the president’s Export Council, under former President George H. W. Bush, included interviews with friends and colleagues to make sure there was nothing in Jobs’ background that would open him to blackmail. 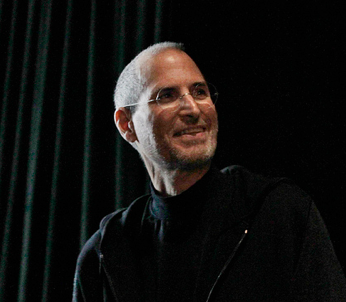 Steve Jobs at the announcement of the iPad in January 2010. Photo: Jon Snyder/Wired.com

One interviewee remarked on Jobs’ well-known drug use — which included, by his own admission, the use of LSD during his schooldays.

Others mentioned that Jobs couldn’t be trusted and that he was able to create a reality-distortion field.

“Several individuals questioned Mr. Jobs’ honesty stating that Mr. Jobs will twist the truth and distort reality in order to achieve his goals,” the report notes.

Despite reservations about his personal integrity, the interviewees all said there was no reason Jobs should not be given the presidential appointment to the Export Council, which he subsequently received.

Information about Jobs’ personality issues has been previously reported in the recent biography of Jobs by writer Walter Isaacson, and in other profiles of the tech luminary, but the 20-year-old FBI documents provide an early view of how his ambition and personal style affected those around him and later came to define the story of his life.

The 191-page FBI file (.pdf) was released following a Freedom of Information Act request by Wired.com and other media outlets after the death of Steve Jobs on October 5 2011. The background check is marked “Presidential Expedite,” and was initially marked “Secret,” but that has since been crossed out.

At the time of the background check, Jobs was president of Next, as well as CEO and chairman of Pixar. He owned an apartment in New York City in Central Park West and two homes in Woodside and Palo Alto, California and was preparing to marry Laurene Powell.

More than 29 people were interviewed for the investigation, including colleagues, neighbors and acquaintances, whose names are redacted in the document. Although several Apple employees appear to have been interviewed, the report notes that “the Apple Computer Company has been less than cooperative, in terms of providing assistance as requested of the Legal Department.”

Individuals interviewed by the FBI commented on Jobs’ past drug use and were united in their positive view of his contributions to the tech industry, but were divided in their view of him personally.

One said he was a demanding employer but “treated people fairly and was considerate of others problems and needs,” while another noted that he could be abrasive and dismissive.

Some noted that while his ambition produced great success, it also caused him to lose sight of integrity and noted that he had a tendency toward dishonesty when it came to getting what he wanted.

And yet even those who found fault with him personally recommended he receive the presidential appointment. One person indicated that although Jobs was dishonest, he did not think that honesty and integrity were required qualities for a high-level political position and therefore recommended Jobs “for a position of trust and confidence with the Government.”

One former colleague indicated that although Jobs was “not an engineer in the real sense, he understands base technology and technical jargon to the extent that he is an innovative force within the technical community, in terms of the contributions he has made.”

Two others highlighted his knowledge of Asian cultures, which contributed to his success and would aid him in his position on the Export Council, noting that he “understood the Japanese culture and had a great deal of contact in dealing with companies in the Orient.”

Although Jobs told the FBI he had been fired from Apple, former employees told the FBI that Jobs was not fired but had resigned. Job was, in fact, relieved by Apple’s board of any operational role in May 1985 and resigned as chairman in September of that year.

The information on the Top Secret security clearance Jobs held is sparse in the document, which only mentions that he obtained the clearance on Aug. 30, 1988 based on a background investigation that was done by the Defense Investigative Service, and the clearance was terminated Jul. 31, 1990.

Interviewing Jobs for the background check proved to be difficult for the FBI, who were told by Jobs’ secretary that he was unavailable for three weeks and that Jobs “could not even see [Special Agent] [redacted] for one hour.”

In addition to the background check, the FBI file contains details of a bomb threat made against Jobs on Feb. 7, 1985. The caller, who used a pay phone in the parking garage of the San Francisco airport, said there were three bombs in Jobs’ residence and wanted $1 million in unmarked, un-dyed bills. The man wanted the money handed over to him on a BART train, and claimed that a fourth explosive would go off if police were notified.

Jobs didn’t believe the caller and notified the FBI, which dusted the pay phone for latent prints and searched both Apple and Jobs’ residence for bombs.

Included among the documents for the background check is a disclosure form from Jobs listing several legal actions against him. They include the 1985 Apple suit against him for alleged breach of fiduciary duties and misappropriation of trade secrets — stemming from accusations that he took proprietary information and key technical personnel with him when he and Apple parted ways. The suit was dismissed in 1986.

Jobs also listed a 1985 suit for wrongful discharge, which was filed by an unnamed female employee who had quit Apple to take a job with Next under the impression that it would be a long-term position. Jobs won the suit.

Another suit involved a 1984 SEC filing against Jobs for a possible violation that at the time was still pending.

A class-action lawsuit, not listed by Jobs but discussed by the FBI, was filed in 1984 by shareholders and was slated to begin April 22, 1991. The lawsuit revolved around issues pertaining to the Lisa computer and concerns by shareholders that it was not marketed correctly, actions that they alleged caused them and the company losses.