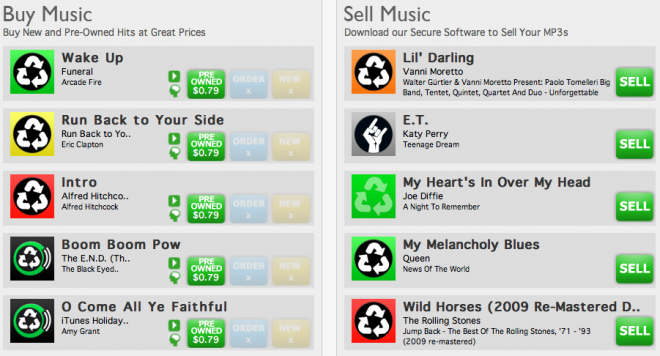 Album artwork on MP3 reseller ReDigi.com is noticeably absent after Rdio cut the site off.

A one-of-a-kind startup enabling the online sale of pre-owned digital-music files is accusing Capitol Records of trying to sabotage its business, records obtained by Wired show.

Capitol Records and ReDigi — a months-old startup which claims to be a modern-day used record store providing the public with a platform to buy and sell used MP3s — are embroiled in a nasty copyright infringement suit in New York federal court. U.S. District Judge Richard Sullivan declined to issue an injunction that would have effectively shuttered ReDigi last week at Capitol’s request, and on Wednesday set an August trial date.

ReDigi now does not display album art in its digital-music flea market, and has begun pulling in sound snippets from YouTube instead of Rdio.

“Apparently, having been denied an injunction, they have sought to use extrajudicial tactics to accomplish what they were unable to obtain in a court of law,” Ray Beckerman, ReDigi’s attorney, wrote (.pdf) Judge Sullivan last week in a letter that was not lodged in the public record but was provided to Wired. 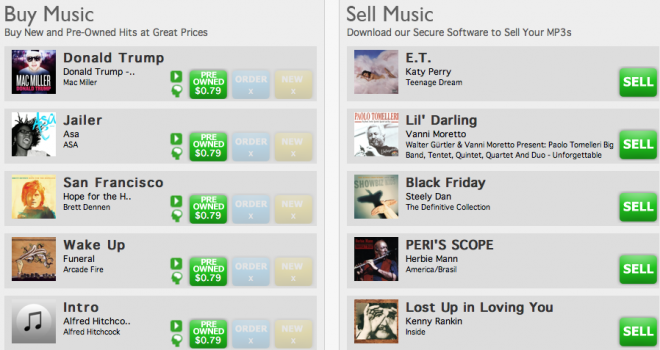 The legal flap is even more complicated because, as part of its defense to claims of copyright infringement, ReDigi pointed its fingers at Rdio. In a court filing, ReDigi argued that it was not liable for infringement for allowing its customers to listen to 30-second spots of MP3s that were for sale. ReDigi said the same thing (.pdf) when it came to allegations that ReDigi allowed for the unauthorized public display of album artwork.

Instead, ReDigi said it had licensing agreements with Rdio for such services, which Rdio abruptly halted Friday without notice.

On the larger infringement issue, the case weighs the so-called first-sale doctrine, the legal theory that people in lawful possession of copyrighted material have the right to sell it.

In the ReDigi case, Capitol Records claims ReDigi was liable for contributing to copyright infringement (.pdf) and was demanding Judge Sullivan immediately order ReDigi to remove Capitol-owned material, and to also award damages of up to $150,000 per track against the startup — which would have gone under had Sullivan immediately sided with Capitol.

ReDigi says it is not contributing to infringement at all. Instead, it says ReDigi account holders have a right to upload their purchased iTunes files into ReDigi’s cloud. And when a file is sold to another ReDigi account holder, no copy is made. What’s more, because of ReDigi’s technology, the original uploaded file that is sold cannot be accessed by the seller any more through ReDigi or via the seller.