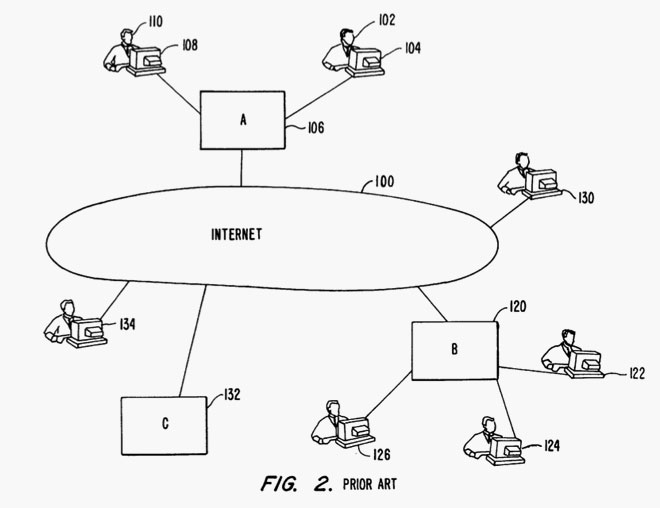 TYLER, Texas — After threatening web companies for more than a decade, Michael Doyle and his patent-holding company Eolas Technologies — named after the Irish word for knowledge — may be finished.

An eight-member federal jury in East Texas deliberated Thursday for just a few hours before concluding that all of Eolas’ asserted claims of ownership to technology allowing access to the interactive web were invalid. That means the three upcoming trials that were scheduled to rule on infringement and damages, for Google, Yahoo and other companies, have been canceled. The eight defendant companies who resisted the lawsuits won’t pay anything to Eolas or its partner, the University of California, for using the web.

Eolas maintained its patents entitled the company to royalty payments from just about anyone running a website with “interactive” features, like rotating pictures or streaming video. The chief issue in the case was whether the first computer program that allowed access to an “interactive web” was created by the little-known Chicago biologist Doyle, who runs Eolas out of Chicago. Or was it one of the web pioneers put on the stand by the defendant companies — such as Pei-Yuan Wei and his Viola browser, or Dave Raggett and his <embed> tag?

The dueling teams of lawyers have spent millions creating elaborate presentations, trying for the last three days to convince a jury of average folks in a federal district court in eastern Texas that their side was right.

If the jury had upheld the patents, there would have been a potentially brutal damages phase in which Google, YouTube, Yahoo, Amazon, JC Penney, CDW Corp. and Staples would have been sued for infringement and been asked for more than $600 million in damages, with the majority of that coming from Google, Amazon and Yahoo.

The Eolas patents were denounced for years before this week’s landmark trial, but managed to survive repeated re-exams at the United States Patent and Trade Office.

However, Thursday’s verdict is likely a setback Eolas can’t overcome. It may well be appealed, but that will be a long process, and in the meantime Eolas won’t be able to go after new targets.

After the trial, Judge Leonard Davis visited with the jurors a while, as is his custom. They were awed, I’m told—as they often are—why such an important web case ended up in Tyler.

Apparently they were a little star-struck by Tim Berners-Lee, although you certainly couldn’t tell during trial.

At “Rick’s on the Square” opposite the courthouse, defense lawyers were celebrating. There was a giddy atmosphere; these folks truly felt like they saved the Web today.

As for the winner’s reactions: Yahoo spokeswoman Dana Lengkeek said: “Yahoo is pleased with the outcome of the case and the jury’s decision, and we thank the jury for their time and commitment to this case. Yahoo respects intellectual property and will continue to protect its freedom to operate by defending itself against meritless claims.”

Kate Coultas, a spokeswoman for JCPenney – the only primarily bricks-and-mortar retailer who continued fighting the patent, added: “JCPenney is very pleased about the jury’s decision and thank all of them for their service. We also want to thank the true inventors who traveled from all over the world to testify in this matter and tell the real story about who invented the technology.”

Google spokesman Jim Prosser was less effusive. “We are pleased that the court found the patents invalid, as it affirms our assertion that the claims are without merit,” Prosser said.

However, Douglas Cawley of McKool Smith in Dallas, a lawyer for Eolas did tell Bloomberg, “We’re disappointed, but we respect the jury’s decision. We will evaluate our options.”

As for the many companies that settled with Eolas, they might be regretting that pragmatic decision in light of the verdict.