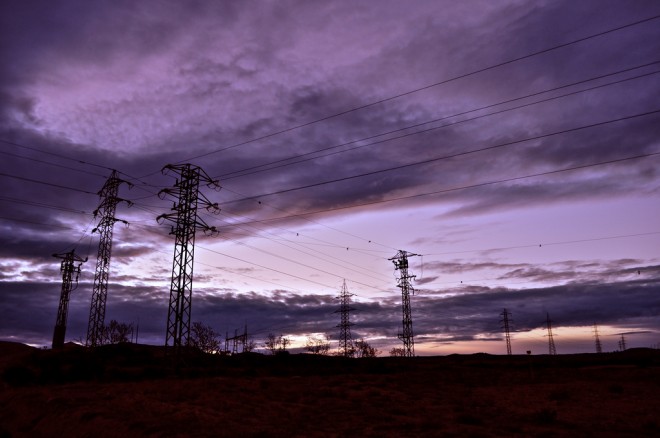 In last month’s State of the Union address, President Obama called on Congress to pass “legislation that will secure our country from the growing dangers of cyber threats.” The Hill was way ahead of him, with over 50 cybersecurity bills introduced this Congress. This week, both the House and Senate are moving on their versions of consolidated, comprehensive legislation.

The reason cybersecurity legislation is so pressing, proponents say, is that we face an immediate risk of national disaster.

Yet evidence to sustain such dire warnings is conspicuously absent. In many respects, rhetoric about cyber catastrophe resembles threat inflation we saw in the run-up to the Iraq War. And while Congress’ passing of comprehensive cybersecurity legislation wouldn’t lead to war, it could saddle us with an expensive and overreaching cyber-industrial complex.

In his 2010 bestseller Cyber War, Richard Clarke warns that a cyberattack today could result in the collapse of the government’s classified and unclassified networks, the release of “lethal clouds of chlorine gas” from chemical plants, refinery fires and explosions across the country, midair collisions of 737s, train derailments, the destruction of major financial computer networks, suburban gas pipeline explosions, a nationwide power blackout, and satellites in space spinning out of control. He assures us that “these are not hypotheticals.” But the only verifiable evidence he presents relates to several well-known distributed denial of service (DDOS) attacks, and he admits that DDOS is a “primitive” form of attack that would not pose a major threat to national security.

When Clarke ventures beyond DDOS attacks, his examples are easily debunked. To show that the electrical grid is vulnerable, for example, he suggests that the Northeast power blackout of 2003 was caused in part by the “Blaster” worm. But the 2004 final report of the joint U.S.-Canadian task force that investigated the blackout found that no virus, worm, or other malicious software contributed to the power failure. Clarke also points to a 2007 blackout in Brazil, which he says was the result of criminal hacking of the power system. Yet investigations have concluded that the power failure was the result of soot deposits on high-voltage insulators on transmission lines.

Clarke’s readers would no doubt be as frightened at the prospect of a cyber attack as they might have been at the prospect of Iraq passing nuclear weapons to al Qaeda. Yet evidence that cyberattacks and cyberespionage are real and serious concerns is not evidence that we face a grave risk of national catastrophe, just as evidence of chemical or biological weapons is not evidence of the ability to launch a nuclear strike.

The Bush administration claimed that Iraq was close to acquiring nuclear weapons but provided no verifiable evidence. The evidence they did provide—Iraq’s alleged pursuit of uranium “yellowcake” from Niger and its purchase of aluminum tubes allegedly meant for uranium enrichment centrifuges—was ultimately determined to be unfounded.

Despite the lack of verifiable evidence to support the administration’s claims, the media tended to report them unquestioned. Initial reporting on the aluminum tubes claim, for example, came in the form of a front page New York Times article by Judith Miller and Michael Gordon that relied entirely on anonymous administration sources.

Appearing on Meet the Press the same day the story was published, Vice President Dick Cheney answered a question about evidence of a reconstituted Iraqi nuclear program by stating that, while he couldn’t talk about classified information, The New York Times was reporting that Iraq was seeking to acquire aluminum tubes to build a centrifuge. In essence, the Bush administration was able to cite its own leak—with the added imprimatur of the Times—as a rationale for war.

The media may be contributing to threat inflation today by uncritically reporting alarmist views of potential cyber threats. For example, a 2009 front page Wall Street Journal story reported that the U.S. power grid had been penetrated by Chinese and Russian hackers and laced with logic bombs. The article is often cited as evidence that the power grid is rigged to blow.

Yet similar to Judith Miller’s Iraq WMD reporting, the only sources for the article’s claim that infrastructure has been compromised are anonymous U.S. intelligence officials. With little specificity about the alleged infiltrations, readers are left with no way to verify the claims. More alarmingly, when Sen. Susan Collins (R-Maine) took to the Senate floor to introduce the comprehensive cybersecurity bill that she co-authored with Sen. Joe Lieberman (I-Conn.), the evidence she cited to support a pressing need for regulation included this very Wall Street Journal story.

Washington teems with people who have a vested interest in conflating and inflating threats to our digital security. The watchword, therefore, should be “trust but verify.” In his famous farewell address to the nation in 1961, President Dwight Eisenhower warned against the dangers of what he called the “military-industrial complex”: an excessively close nexus between the Pentagon, defense contractors, and elected officials that could lead to unnecessary expansion of the armed forces, superfluous military spending, and a breakdown of checks and balances within the policy making process. Eisenhower’s speech proved prescient.

Cybersecurity is a big and booming industry. The U.S. government is expected to spend $10.5 billion a year on information security by 2015, and analysts have estimated the worldwide market to be as much as $140 billion a year. The Defense Department has said it is seeking more than $3.2 billion in cybersecurity funding for 2012. Lockheed Martin, Boeing, L-3 Communications, SAIC, and BAE Systems have all launched cybersecurity divisions in recent years. Other traditional defense contractors, such as Northrop Grumman, Raytheon, and ManTech International, have invested in information security products and services. We should be wary of proving Eisenhower right again in the cyber sphere.

Before enacting sweeping changes to counter cyber threats, policy makers should clear the air with some simple steps.

Stop the apocalyptic rhetoric. The alarmist scenarios dominating policy discourse may be good for the cybersecurity-industrial complex, but they aren’t doing real security any favors.

Declassify evidence relating to cyber threats. Overclassification is a widely acknowledged problem, and declassification would allow the public to verify the threats rather than blindly trusting self-interested officials.

Disentangle the disparate dangers that have been lumped together under the “cybersecurity” label. This must be done to determine who is best suited to address which threats. In cases of cybercrime and cyberespionage, for instance, private network owners may be best suited and have the best incentives to protect their own valuable data, information, and reputations.

UPDATE 2.14.12: Story was updated to correct the name of the worm that was supposed to have affected the Northeast power grid.