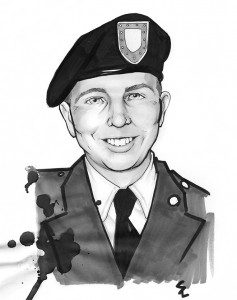 The U.S. government’s treatment of WikiLeaks suspect Bradley Manning was cruel, inhuman and degrading, according to a report from the United Nations special rapporteur on torture.

The finding, from Juan Mendez, comes following a 14-month investigation into the treatment of Manning during his pre-trial incarceration.

“The special rapporteur concludes that imposing seriously punitive conditions of detention on someone who has not been found guilty of any crime is a violation of his right to physical and psychological integrity as well as of his presumption of innocence,” Mendez writes in an addendum to the special rapporteur’s report (.pdf) to the UN general assembly on the protection of human rights.

Mendez did not speak with Manning directly, according to the Guardian. Mendez told the newspaper that the Defense Department allowed him access to Manning but warned him that the conversation would likely be monitored, which Mendez said was a violation of human rights procedures.

Separately, the Reporters Committee for Freedom of the Press sent a letter to the Defense Department on Monday urging the military to provide reporters covering the Manning trial with timely access to documents filed in the case. The letter, co-signed by 46 news media organizations, including Wired.com’s parent company, Advance Publications, noted that reporters have not even had access to a court docket that tracks document filings and provides a schedule of events around the case, such as hearings.

The RCFP letter notes that the Defense Department had provided better access to military commission trials of suspected terrorists at Guantanamo Bay after reporters covering those proceedings had requested similar consideration.

Manning, 24, was arrested in May 2010 at the Forward Operating Base Hammer outside Baghdad, where he was working as an intelligence analyst, after allegedly confessing to former hacker Adrian Lamo that he had leaked thousands of government documents to WikiLeaks.

Manning was transferred to the Marine corps base at Quantico in Virginia in July 2010, where he was held for eight months under conditions that his attorney called “clearly punitive in nature,” and which he believed were designed to pressure Manning into providing evidence that would help the Justice Department bring a case against WikiLeaks founder Julian Assange.

For most of his time at the brig, Manning was held in highly restrictive pretrial confinement while awaiting a mental-health hearing to determine if the court-martial case against him would proceed. Designated a maximum-custody detainee under prevention-of-injury watch, or POI, he was confined to his cell for 23 hours a day and had a number of other restrictions placed on him.

For much of the time he was allowed to sleep only in boxer shorts and was told the restrictions were meant to prevent him from harming himself.

After authorities denied an appeal from the soldier to ease up on his conditions and cited risk of self-harm as justification, Manning quipped to prison personnel that he could just as easily harm himself with the elastic waistband in his boxer shorts. A chief warrant officer at the brig subsequently ordered Manning stripped of his undershorts as well, according to Manning’s civilian defense attorney David Coombs, who recounted the incident on his blog.

Coombs filed a formal complaint after his client was abruptly placed on suicide watch by the commander of the brig. During the suicide watch, Manning was confined to his cell around the clock, while a guard sat outside watching him. He was also stripped to his underwear, and his prescription eyeglasses were taken from him and returned only during the one hour a day when he was permitted to watch television and read.

The Defense Department had responded to Coombs’ complaint saying Manning’s undergarments were taken from him out of “concerns for PFC Manning’s personal safety” and that Manning “at all times had a bed and a blanket to cover himself. He was not made to stand naked for morning count but, but on one day, he chose to do so. There were no female personnel present at the time. PFC Manning has since been issued a garment to sleep in at night. He is clothed in a standard jumpsuit during the day.”

Manning was later transferred to Ft. Leavenworth in Kansas, at least in part in response to criticism of his treatment at Quantico, where he is allowed to eat in a dining facility with other inmates and has three hours of indoor and outdoor recreational time each day. He also has access to a law library where a computer is available for inmates.

In May 2011, the Pentagon’s legal counsel told the U.N.’s Mendez in a letter that it was satisfied that Manning’s treatment at Quantico had been fine. “Though Private Manning was classified as a maximum custody detainee at Quantico, he occupied the very same type of single-occupancy cell that all other pretrial detainees occupied.”

Mendez wrote in his report, however, that “solitary confinement is a harsh measure which may cause serious psychological and physiological adverse effects on individuals regardless of their specific conditions.”

He told the Guardian that “the 11 months under conditions of solitary confinement … constitutes at a minimum cruel, inhuman and degrading treatment in violation of article 16 of the convention against torture. If the effects in regards to pain and suffering inflicted on Manning were more severe, they could constitute torture.”