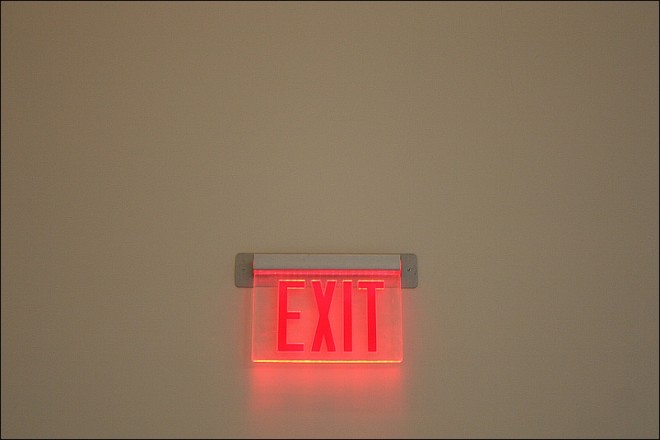 On Tuesday, Gawker announced gleefully that it had placed a mole inside Fox News Channel — an anonymous Fox employee who was feeding the news organization’s inner secrets to the website via dispatches in a weekly new column.

The mole’s bitterness toward his employer knew no bounds, as he dished the dirt on Fox’s toilets (a new kind of leak, for sure) and slipped Gawker never-before-seen inane video footage of Mitt Romney and Sean Hannity bantering about horse riding prior to the taping of an interview for the “Hannity Vegas Forum” in February. (What, you thought an inside mole at a news station would leak something actually newsworthy?)

The mole’s identity wasn’t hidden for long. A day later, Fox News told Mediaite that it had unmasked the leaker and was consulting with lawyers about legal options against the rogue employee. The same day, Fox outed and ousted the mole, who later identified himself in a Gawker post as Joe Muto, an associate producer for The O’Reilly Factor.

Like the Craigslist killer before him, it was the digital trail that gave Joe away.

“They knew that someone, using my computer login, had accessed the sources for two videos that ended up on Gawker over the past few weeks,” Muto writes after his unmasking. “They couldn’t prove it entirely, but I was pretty much the only suspect.”

In the interest of protecting future moles and whistleblowers, we’ve assembled a list of Dos and Don’ts for leaking safely:

Additional writing by Kim Zetter. Hat tip to Bill Wasik for the idea and @BostonReview for the WorkiLeaks title.