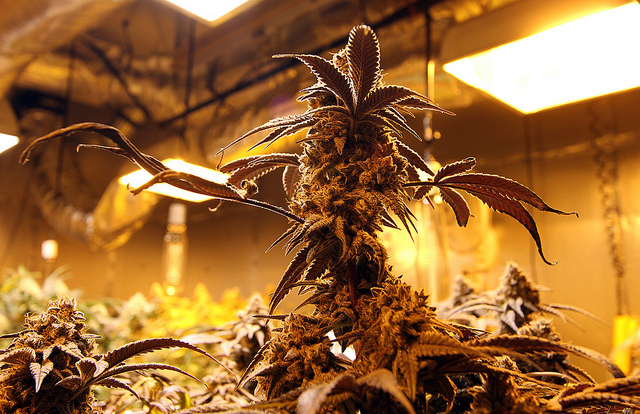 Eight suspects in the United States and elsewhere have been arrested and indicted for their involvement in an online drug market accessible only through the TOR anonymizing network that sold LSD, ecstasy, marijuana and other drugs to some 3,000 customers in 34 countries.

Six of the eight suspects reportedly involved in the Silk Road-like site were nabbed in the U.S. The alleged ringleader, Marc Willems, was arrested Monday morning in the Netherlands. His alleged deputy, a U.S. citizen named Michael Evron who lives in Argentina, was arrested Sunday while attempting to leave Colombia.

Between January 2007 and October 2009, Willems and Evron, who are charged with running the online storefront called “The Farmer’s Market,” processed about 5,256 online orders for drugs that were valued at more than $1 million, according to a 66-page indictment (PDF) released on Monday.

Authorities seized unknown quantities of hashish, LSD and ecstasy, as well as an indoor psychotropic mushroom grow, and three indoor marijuana grows in the raids.

According to the indictment, the storefront has been in operation since at least 2006 and was initially launched under the name “AdamFlowers.” In the beginning years, the operation processed customer drug orders via Hushmail, an encrypted e-mail service.

In 2007, one of the defendants sent an e-mail to Willems saying that Hushmail was a secure method of communicating because the Canada-based service would not hand over e-mail content to law enforcement agents. That’s an assertion that turned out not to be true, as Threat Level reported that same year.

The indictment does not give any indication how the feds pierced the veil of the technological tools used to shield the operation from being tracked, but the document is filled with evidence gathered from e-mail communications that took place between 2007 and 2009, while the defendants were using Hushmail.

The online drug operation moved to the Tor anonymizing network in 2010.

Tor, which operates on a network of computers around the world, anonymizes traffic so that the IP address from which communication originates is masked. Tor traffic is encrypted as it hops from node to node around the world, but is decrypted at the final exit node before being delivered to its destination. Anyone operating a Tor exit node can therefore view the content of communications at that point if the packets themselves are not encrypted, and the destination IP address, even if they are.

The online drug market worked much the way underground carding forums work. Sellers, who were apparently screened by the forum administrators, advertised their wares anonymously in the online storefront to registered customers. The operators apparently guaranteed delivery of the drugs to customers all over the world and charged a commission based on the value of the order. They also offered customer support services, including advice on how to package and deliver drugs.

Customers paid for their drugs via Western Union, PayPal, iGolder, Pecunix and cash.

Undercover law enforcement agents infiltrated the group in a sting dubbed “Operation Adam Bomb.” According to the indictment, between April and August 2011 one of the defendants received more than $261,000 in PayPal transfers for the purchase of drugs, including $2,160 that an undercover agent with the Drug Enforcement Administration sent him to buy about 30 grams of LSD.