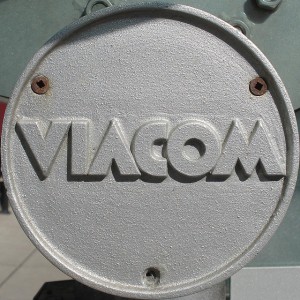 Media giant Viacom is getting another shot at getting hundreds of millions from YouTube for copyright infringement of its movies and music videos, after an appeals court reinstated its case against Google Thursday.

The Second Circuit Court of Appeals largely upheld a lower court’s 2010 decision to throw out the case on the grounds that YouTube, like other online companies, was not liable for lawbreaking committed by its users.

But the Court did, however, side with Viacom’s contention that YouTube may have willfully turned a blind eye to what its users were doing, which would violate common law. That behavior is not, the court ruled, protected by the Digital Millennium Copyright Act’s safe harbor.

Thus, the case will return to a district court where a judge will rule whether Viacom has enough information to persuade a jury that YouTube had the “right and ability to control the infringing activity and received a financial benefit directly attributable to that activity.”

Despite the reinstatement, public interest groups, including Public Knowledge, which have supported Google’s position in the case, say the ruling is largely a victory for online companies that have thrived — from Craigslist to WordPress to sites like Wired.com — by letting users post information without monitoring every submission.

“The Court upheld the basic principles of the Digital Millennium Copyright Act (DMCA),” said Public Knowledge’s deputy legal director Sherwin Siy. “Crucially, the Court rejected Viacom’s attempt to create a new duty of those hosting content to monitor actively for infringement in order to qualify for the law’s safe-harbor provisions.”

The DMCA provides legal immunity to online service providers so long as they don’t know about specific copyright infringements, and that if they learn of or are notified of an infringement, they quickly remove it.

Viacom, the parent company of Paramount Pictures and MTV, sued YouTube in 2007, seeking a billion dollars in damages shortly after Google bought the site for $1.6 billion. In the course of litigation, Google was forced to turn over damning e-mails from YouTube founders and employees making it clear they knew about and approved of copyright-infringing files — though none of those e-mails mentioned Viacom’s content.

Viacom argued that Google was well aware its video-hosting site was riddled with infringing material posted by its users, and thus wasn’t protected by the DMCA.

The question then at the new trial will turn on how involved Google was when users uploaded videos, and perhaps whether Google engaged in “willful blindness” to copyright infringement that is equivalent to actually knowing about specific infringements.

However, the appeals court also ruled (.pdf) that companies still have no obligation to create tools to search for or prevent copyright infringement.

The court also said that just because Google did create such a tool to sniff out copyright violations, it was totally within its rights to offer use of it to some companies but not others. YouTube’s transcoding of videos also did not violate copyright law, the court found.

Google may be liable for copyright infringement for licensing videos to other companies, including Verizon, the appeals court ruled, but it added there was no evidence yet that any of the videos Viacom listed in its suit were part of that licensing deal. That, the judges ruled, should be resolved by the lower court.