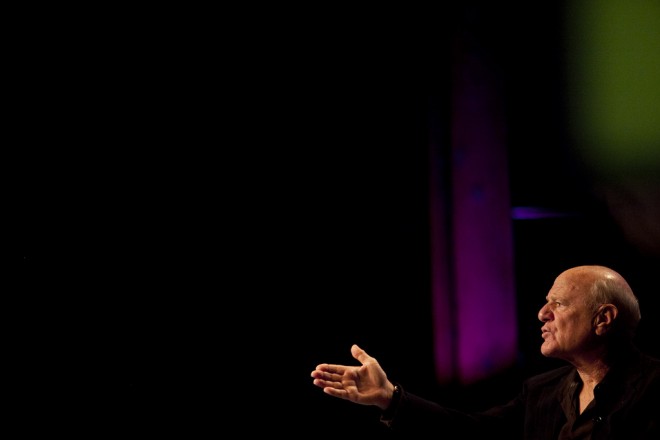 Television networks seeking to dismantle a startup that delivers over-the-air broadcasts via the internet want to know what the hell Barry Diller, the chairman of the IAC/InterActiveCorp media empire, was thinking when his company invested $20.5 million in to a legally questionable startup called Aereo.

So much so, they dropped a subpoena on Diller to that effect on Friday.

The demands are part of a lawsuit brought by ABC, CBS, NBC, Fox, PBS and others that want a federal judge to shutter Aereo, which opened for business last month and delivers unlicensed internet streams of the broadcasters’ shows for a monthly fee.

The legal maneuver is reminiscent of the Napster trial, in which the recording industry targeted the formerly renegade music-sharing service’s deep-pocketed investors — eventually securing about $200 million in damages from the likes of German media conglomerate Bertelsmann.

Attorneys for Diller and other investors are crying foul, saying Monday the broadcasters’ subpoenas are “patently overbroad” (PDF) because they seek “confidential investment decisions and analyses that are extremely sensitive and should not be produced to any of the parties in the litigation.”

The broadcasters’ subpoena, (PDF) which mentions Diller by name, demands:

Aereo, which for now is operating only in New York, claims it does not need any licenses to stream free, over-the-air broadcasts to paying customers. It says its technology skirts the need. Aereo rents customers tiny over-the-air broadcast antennas, which are about the size of a dime and are warehoused by the tens of thousands in Brooklyn.

The broadcasters claim the service amounts to “technological gimmickry” and is unlawful.

Diller, in announcing the investment in February, said (PDF) “Aereo is the first potentially transformative technology that has the chance to give people access to broadcast television delivered over the internet to any device, large or small, they desire. No wires, no new boxes or remotes, portable everywhere there’s an internet connection in the world — truly a revolutionary product.”

Flashback to more than a decade ago, when Bertelsmann’s chairman, Thomas Middlehoff, explained why the company invested $85 million in the original Napster.

“Napster,” he said, “has pointed the way for a new direction for music distribution, and we believe it will form the basis of important and exciting new business models for the future of the music industry.”

A hearing on the issue is set for next month in New York federal court.