Judge Won’t Purge Megaupload User Data, At Least Not Yet 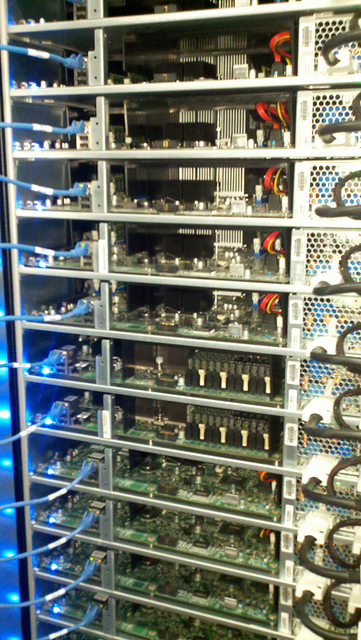 A federal judge on Friday declined to pull the plug on 25 million gigabytes of Megaupload data seized when the government shuttered the file-sharing service in January.

But the fate of the gigantic trove of data remains unsettled.

The government has said it has copied “selected data” from Megaupload’s servers and that the 25 petabytes of data stored on hosting service Carpathia’s servers could be wiped out.

U.S. District Judge Liam O’Grady — according to CNET’s Greg Sandoval who attended the Virginia hearing — for the moment declined to go along with that plan, instead ordering the various parties connected to the case to broker a deal.

Megaupload executives, indicted in January, are accused of facilitating wanton copyright infringement by encouraging their 66 million registered customers to upload and share copyrighted movies, music, games and other digital files. Megaupload founder Kim Dotcom and others were arrested in New Zealand, and their extradition is pending.

Carpathia said it is spending $9,000 daily to retain the data and is demanding Judge O’Grady relieve it of that burden. Megaupload had its bank accounts seized by the feds and is no longer paying its hosting bill.

The Electronic Frontier Foundation, meanwhile, is representing Megaupload users, including an Ohio businessman who is demanding his video footage of high school sports be returned from the Megaupload seized servers. And the Motion Picture Association of America wants the data preserved because it is mulling a civil lawsuit against Megaupload.

Megaupload attorneys want the data because they say it could demonstrate that Megaupload was not a criminal enterprise dedicated to infringing activity, but was a legitimate service with “substantial non-infringing uses.” (.pdf)