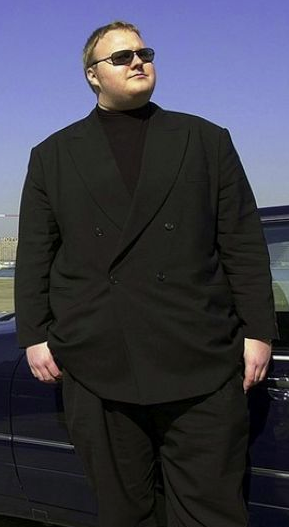 Labeling the criminal prosecution of seven top Megaupload operatives “unduly adventurous,” attorneys for the indicted file-sharing service claim the U.S. government wants to destroy “exculpatory” evidence so it can prevail in the largest criminal copyright case ever brought.

“In essence, the government has taken what it wants from the scene of the alleged crime and is content that the remaining evidence, even if it is exculpatory or otherwise relevant to the defense, be destroyed,” defense attorney Paul Brinkman wrote (.pdf) the Virginia federal judge presiding over the case.

The court filing, lodged Friday, focuses on an unprecedented amount of data — 25 petabytes in all — that was seized by the government from Megaupload’s 1,100 servers in January. A hearing on the issue is scheduled for Friday before U.S. District Judge Liam O’Grady in Virginia.

The government has said it has copied “selected data” from the servers and said the 25 million gigabytes of data stored on hosting service Carpathia’s servers can be wiped out. Brinkman claims the government “cherry picked” relevant data “to support its theories of criminal misconduct.”

The Megaupload executives, indicted in January, are accused of facilitating wanton copyright infringement by encouraging their 66 million registered customers to upload and share copyrighted material, such as movies, music, games and other digital files. Megaupload founder Kim Dotcom and others were arrested in New Zealand in January. Their extradition is pending.

Carpathia said it is spending $9,000 daily to retain the data, and is demanding that Judge O’Grady relieve it of that burden.

The Electronic Frontier Foundation, meanwhile, is representing an Ohio businessman who is demanding his video footage of high school sports be returned from the Megaupload seized servers. And the Motion Picture Association of America wants the data preserved because it is mulling a civil lawsuit against Megaupload.

Carpathia and Megaupload brokered a deal by which Megaupload would buy the servers and retain the data, a plan valued at about $1.5 million. But the government is refusing to release more than $50 million in assets it seized from Dotcom and the Megaupload empire, according to court documents.

“…The government restrained virtually every bank account and other source of funding available to defendants, devastating the business and financially crippling defendants’ efforts to defend themselves against the government’s unprecedented — and (as we now respectfully submit and intend to substantiate), unduly adventurous — criminal allegations,” Brinkman wrote.

But how could preserving the data assist Megaupload’s defense?

According to Brinkman, the Megaupload data might show that Megaupload was not a criminal enterprise dedicated to infringing activity, but was a legitimate service with “substantial non-infringing uses.”