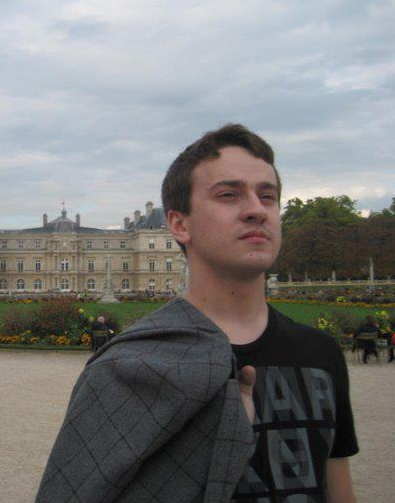 George Hotz, an infamous hardware hacker better known online as Geohot, has a PlayStation that he’s not allowed to play with — at least not the way he likes to, which involves figuring out how to bypass manufacturers’ artificial limits on what users can do with their gadgets.

Geohot settled a civil suit filed against him by Sony for figuring out how to let people play homebrew games on the popular console — in violation of a federal law that prohibits getting around encryption in hardware and software, even if the reason to do it is perfectly legal. He settled the suit last year by agreeing never to tinker again with a Sony product, but his hacker itch has him awaiting a looming decision by federal copyright regulators that, for the first time, could legalize videogame-console jailbreaking.

That, Geohot thinks, might let him “jailbreak” the PlayStation again, freeing it for the world of tinkerers to use as they wish, the same way that a decision in 2010 to allow mobile phone users to liberate their smartphones to run whatever programs they like bolstered a vibrant alternative to the tightly constrained and capriciously run Apple App Store.

“I would really like to get back into that scene,” Hotz said in a recent telephone interview.

Every three years the U.S. Copyright Office entertains requests to create temporary loopholes in the law that makes it unlawful to circumvent encryption technologies in items that you buy. It’s that time again, the fifth go-round since the Digital Millennium Copyright Act’s 1998 passage. Exemptions, about two dozen granted so far, are allotted if regulators are convinced consumers are “adversely affected in their ability to make non-infringing use due to the prohibition on circumvention.”

It’s part of a long-running showdown between the big copyright holders who view the world as divided starkly into creators and consumers, and a motley coalition of librarians, digital rights groups, disability activists and hackers who seek to preserve a world where people can re-purpose, upgrade and build upon the devices and media they legally buy, just as hackers, painters and culture jammers have done for decades before the DMCA.

The popular mobile phone jailbreaking exemption came against the protests of Apple, which claimed jailbreaking would ruin its business and open the nation’s cell phone networks to “potentially catastrophic” cyberattacks. But copyright regulators decreed that it was finally legal to “jailbreak” smart phones so that iPhone users could install apps that Apple didn’t approve.

Today, there are more than 1 million jailbroken iPhones using a third-party app store called Cydia, and Apple has incorporated into its mobile operating system many of the same tweaks that came out of a freedom it said would doom its business model. Those promised cyberattacks never came and, clearly, Apple’s mobile business is thriving, helping push the company’s stock to stratospheric levels.

The decision also gave legal clearance to Android hackers who busted their way past carrier and manufacturer imposed locks on smartphones so users could install custom flavors of Google’s open-source mobile OS that are devoid of the bloatware and limits carriers put on the handsets.

But under the Digital Millennium Copyright Act, it’s still unlawful — a civil or criminal fine — to hack a gaming console or a tablet like the iPad for the same reason.

That might soon change under proposed exemptions offered by the Electronic Frontier Foundation.

Hotz, 22, understands this anomaly of the DMCA all too well. Last year, Sony dropped its PlayStation 3 jailbreaking lawsuit against Hotz in exchange for promises that the Palo Alto, California man would never again tinker with the game console or any Sony product. For the moment, he said, he has “put all Sony products in a box.” He said that, since the settlement, he has not “touched them since.” 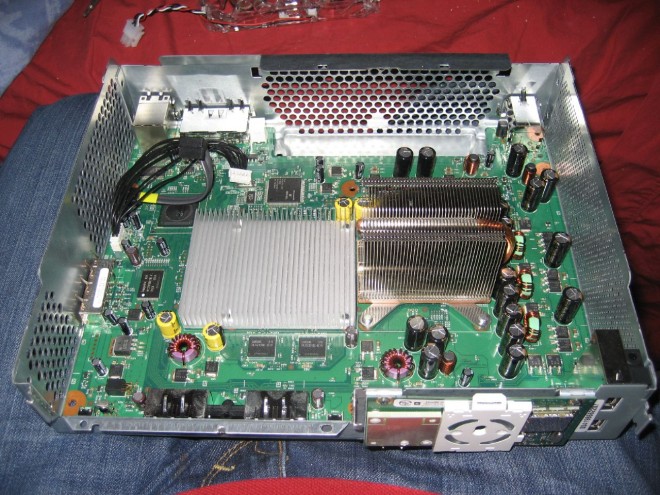 Federal regulators in Los Angeles on Thursday are set to hold a public hearing (.pdf) on the so-called DMCA-exemption process to air out proposals that include authorizing the cracking of tablets, DVDs, gaming consoles and mobile phones. Another public hearing is set for next month in Washington, D.C.

Regulators are not expected to make any approvals until later this year, at a date not yet disclosed. Industry groups oppose all these proposals, saying they are a threat to their business models and open the door to widespread piracy.

Sony, which produces the PlayStation, said enabling console hacking ignores the “serious market reality” that hackers will use their devices for more than playing home-brewed games — namely using the consoles for wanton piracy.

“If the exemption is granted, it is virtually certain that successful hackers, under the guise of the exemption, will create the tools that enable even novice users to make, distribute, download and play back illegal copies of games,” Sony attorney Jeffrey Cunard wrote (.pdf) the Copyright Office.

Other less-controversial proposed exemptions, which have been granted before but are expiring, include those for unlocking smartphones to run on a carrier of choice, (which the wireless industry opposes (.pdf) strenuously) and the allowance of DVD cracking of motion pictures for the purpose of commentary for educational or documentary purposes. Another expiring provision allows for hacking e-book digital rights management to enable read-aloud features for the visually-impaired.

The DMCA was conceived in 1998 as the United States’ implementation of an international copyright treaty called WIPO. Hollywood pushed for the bill to protect its intellectual property from being infringed on a massive scale, and secured the troubling anti-circumvention rule that generally prevents consumers from bypassing copy protection schemes.

But history has shown that the far-more beneficial element in the law is a provision that provides internet service providers, hosting companies and interactive services near blanket immunity for the intellectual property violations of their users — a provision responsible for opening vast speech and business opportunities — realized and unrealized.

Blogs, search engines, e-commerce sites, video and social-networking portals are thriving today thanks in large part to the notice-and-takedown regime ushered in by the much-maligned DMCA. When the DMCA was enacted, these innovations were unheard of, embryonic or not yet conceived. Now, Google has grown into one of the world’s largest companies, and its video-sharing site YouTube has left an enduring mark on public discourse.

But it’s another story when it comes to the DMCA’s anti-circumvention provisions.

The law has been used in ways never intended. The Chamberlain Group, the maker of an automatic garage door opener, sued Skylink Technologies for manufacturing a universal remote that worked on Chamberlain’s doors. The company argued in 2003 that the remote circumvented the electronic handshake that controlled access to the garage door opener. Similarly, Lexmark sued under the DMCA in 2004 to stop a rival from selling after-market replacement printer-ink cartridges for Lexmark printers. Both claims were eventually shot down in court after protracted litigation.

The DMCA dictates that “no person shall circumvent a technological measure that effectively controls access to a work protected under this title” — language that, for example, blocks a DVD owner from copying a disc they’ve lawfully purchased. Because such copying can fall under the rubric of fair use, the law effectively nullifies some consumers’ rights.

“DVD copying for personal use, its time has come,” Siy said in a telephone interview.

To that end, this season’s big-ticket requests to amend the DMCA include one from Public Knowledge seeking legalization of technology that lets users copy encrypted movie DVDs. That could give movie fans the ability to watch legally purchased movies on the devices of their choice and make backup copies of children’s movies — which as any parent knows can get scratched beyond playability in no time.

Most movie DVDs are encrypted with so-called CSS encryption, meaning they cannot be copied unless decrypting software is used. Even for personal use, employing that software is illegal — though Handbrake and other programs are free and widely used. In 2009, because of the DMCA, a federal judge blocked RealNetworks from distributing DVD-copying software because the Seattle company’s wares employed tools that cracked the encryption on DVD videos.

Hollywood, of course, opposes the DVD-copying plan. The DVD Copy Control Association, an arm of the Hollywood studios that controls CSS licensing, claims consumers do not own the movies they buy and hence have no right to copy those motion pictures.

“The proponents assert,” the association’s attorneys told the Copyright Office, “that the consumers buy and or own the movie.”

“These statements are not legally accurate. Consumers do not buy the copyrighted work when they purchase a DVD of a motion picture,” wrote (.pdf) the association’s attorneys Bruce Turnbull and David Taylor. “They buy a DVD that contains a copy of the motion picture in a particular digital format, configured according to the DVD format specifications. This distinction, more than mere semantics, captures the legal and economic underpinnings for all content distributed in the form of physical supports, including high quality content such as motion pictures distributed on DVDs.”

On another front, the Electronic Frontier Foundation has proposed tablet, mobile phone and the game-console modding exemptions. (Here’s a full list of the 674 comments on the nearly two dozen proposals.)

In a joint statement, they said “circumvention related to mobile phones and tablets increases piracy of applications and is detrimental to the secure and trustworthy innovative platforms that mainstream consumers demand.” Regarding the EFF’s gaming console proposal, the groups said it’s merely a part of the online rights group’s “steady march toward dismantling the DMCA.”

Don’t tell Apple that. While it remains mum on this jailbreaking go-around, in 2009 Apple made similar arguments, claiming allowing iPhone jailbreaking would pave the way for widespread piracy of apps and destroy its business.

That’s when Apple had only sold 1 billion apps. As of 2012, Apple customers have bought or downloaded more 25 billion apps from Apple’s online store, despite the open alternatives. That’s not because jailbreaking is unpopular. Just after the “Dev Team” created a new Apple iOS jailbreak in January that utilizes an exploit developed by Hotz, the team announced there were 953,232 downloads of the firmware jailbreak in three days.

As with most mobile phones, nearly all video-game consoles are locked down with encryption. That’s because their makers want the device to only run their licensed games — making sure that Microsoft and Sony get a cut on every piece of software that runs on an X-Box or a PlayStation. After Geohot found a way to bypass that encryption by exploiting the touted capability of PlayStation to run Linux, Sony then sent an update to all PlayStations to remove that functionality.

If the U.S. Copyright Office grants the Electronic Frontier Foundation’s game-console-modding request, that likely would put an end to federal prosecutions of modders and civil lawsuits for such conduct. It would not, however, force companies to unlock consoles if customers asked them to, nor would it disallow the companies from using encryption locks in the first place.

The DMCA, the EFF said, was “meant to deter copyright infringement.” But “many have misused the law to chill competition, free speech, and fair use. Exemptions are meant to mitigate the harms the law has caused to legitimate, non-infringing uses of copyrighted materials,” Rebecca Jeschke, the EFF’s spokeswoman and digital rights analyst, wrote in a recent blog post.

Hotz, the subject of a long New Yorker profile this month, anticipates that a positive game-console decision could give him wiggle room to back out of his settlement with Sony.

According to terms of the San Francisco federal court settlement, Hotz agreed not to perform “reverse engineering, decompiling, or disassembling any portion” of a Sony product. He also agreed not to “bypass, disable, or circumvent any encryption, security, or authentication mechanism.” Breaching terms of the lifetime settlement is a $10,000 fine per violation.

It’s not clear that the exemption would actually free him from his legal agreement, but it would likely free the PlayStation so that modern day tinkerers would have the same rights as a hot-rodder from the 1940s or a member of the Homebrew Computer Club had in the 1970s.

“It doesn’t make any sense,” he said, “why iPhone jailbreaking is OK, but not for video games.”