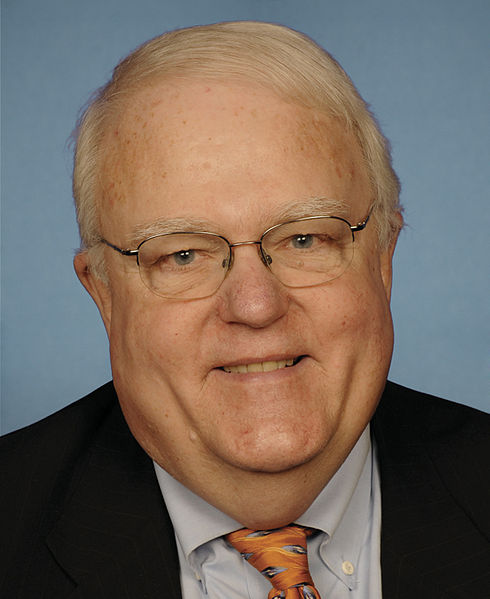 House lawmakers of both stripes in a Thursday hearing seemed amenable to the Obama administration’s request to continue giving the government broad, warrantless electronic surveillance powers over American citizens — though some suggested Americans or at least members of Congress deserved to know how many people have been caught up in the dragnet.

At issue is the FISA Amendments Act, expiring legislation authorizing the government to electronically eavesdrop on Americans’ phone calls and e-mails without a probable-cause warrant so long as one of the parties to the communication is outside the United States. The communications may be intercepted “to acquire foreign intelligence information.”

That bill was signed into law in July 2008 as a way to legalize the Bush administration’s warrantless wiretapping program, and it expires at year’s end. Then-senator and presidential candidate Barack Obama voted for the measure, though he said the bill was flawed and that he would push to amend it if elected. Instead, Obama, as president, simply continued the Bush administration’s legal tactics aimed at crushing any judicial scrutiny of the wiretapping program, and his administration is now demanding that federal lawmakers extend the legislation for at least another four years.

“Reauthorizing this authority is the top legislative priority of the intelligence community,” James Clapper, the director of national intelligence, and Eric Holder, the attorney general, wrote (.pdf) to the top leaders in both the House and Senate.

During an 80-minute hearing before the House Subcommittee on Crime, Terrorism, and Homeland Security, lawmakers seemed willing to go along.

“Foreign terrorists remain committed to the destruction of our country,” said Rep. Jim Sensenbrenner (R-Wisconsin), the committee’s chairman. “We have a duty to ensure the intelligence community can gather the intelligence it needs to protect our country and our citizens.”

The FISA Amendments Act generally requires the Foreign Intelligence Surveillance Act Court to rubber-stamp terror-related electronic surveillance requests that target Americans’ communications. The government does not have to identify the target or facility to be monitored. It can begin surveillance a week before making the request, and the surveillance can continue during the appeals process if, in a rare case, the secret FISA court rejects the surveillance application. The court’s rulings are not public. The bill also gives the government broad powers to force companies like Google and Facebook to help the NSA keep tabs on foreigners.

While no lawmakers outright objected to reauthorizing the measure, some suggested there needed to be more accountability from intelligence agencies on how the legislation is being used in practice.

Not much is publicly known of the program. Citing anonymous sources, The New York Times wrote in 2009 that the interception of communications “went beyond the broad limits established by Congress.”

The Electronic Privacy Information Center and the American Civil Liberties Union urged lawmakers Thursday that, if they were to re-adopt the legislation, the government should be more transparent and perhaps report the number of Americans and foreigners whose communications were captured. It’s a position opposed by the Obama administration but one seemingly supported to some extent by Rep. Bobby Scott (D-Virginia.)

“We should not be surveilling Americans with this low standard without significant oversight,” Scott said during the 80-minute hearing.

Jameel Jaffeer, director of the ACLU’s Center for Democracy, said the measure was unconstitutional. But oversight was nevertheless needed if lawmakers reauthorize the package.

“The act’s effect is to give the government nearly unfettered access to Americans’ international communications,” he testified.

The committee took no action. Sensenbrenner announced at the hearing’s conclusion that the committee would have an opportunity to meet privately for a classified briefing with Clapper and others next week to discuss the legislation.

Sensenbrenner suggested that providing the data about the secret spy program might “give the other side an indication of the extent of the operational strength of our national security agencies.”

Marc Rotenberg, the executive director of the Electronic Privacy Information Center, who had testified moments earlier, replied: “I don’t see how it would.”

The government has long provided statistics on the number of traditional FISA warrants they apply for and receive each year, including the number of U.S. persons targeted. Similar statistics are required of National Security Letters.

“There should be greater public accountability,” Rotenberg said during his testimony.

Rep. John Conyers (D-Michigan) suggested at least Congress should not be kept in the dark about how the law is being used. “I come to this hearing disturbed by how little we know and how much more we need to know,” he said. Intelligence officials refuse to even tell lawmakers (.pdf) how many people are being subjected to surveillance under the FISA law.

Meanwhile, the Supreme Court two weeks ago agreed to decide whether to halt a legal challenge to the act.

After a surprise appellate court decision last year that reinstated the ACLU’s challenge, the Obama administration asked the Supreme Court to overturn the decision. The government said the ACLU and a host of other groups don’t have the legal standing to bring the case because they have no evidence they or their overseas clients are being targeted.

Without comment, the justices agreed to review the lower court’s decision at a yet-to-be determined date. It marks the first time the Supreme Court has agreed to review any case touching on the eavesdropping program that was secretly employed in the wake of 9/11 by the Bush administration, and eventually largely codified into law four years ago under the FISA Amendment’s Act.

A lower court ruled the ACLU, Amnesty International, Global Fund for Women, Global Rights, Human Rights Watch, International Criminal Defence Attorneys Association, The Nation magazine, PEN American Center, Service Employees International Union and other plaintiffs did not have standing to bring the case, because they could not demonstrate that they were subject to the eavesdropping.