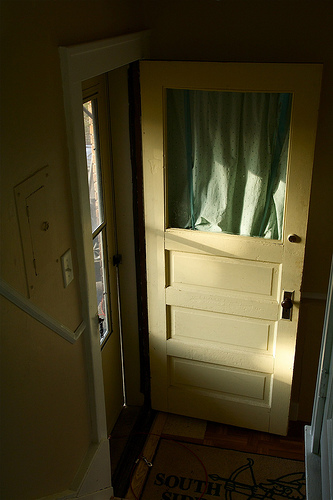 The FBI has been lobbying top internet companies like Yahoo and Google to support a proposal that would force them to provide backdoors for government surveillance, according to CNET.

The Bureau has been quietly meeting with representatives of these companies, as well as Microsoft (which owns Hotmail and Skype), Facebook and others to argue for a legislative proposal, drafted by the FBI, that would require social-networking sites and VoIP, instant messaging and e-mail providers to alter their code to make their products wiretap-friendly.

The FBI has previously complained to Congress about the so-called “Going Dark” problem – the difficulty of doing effective wiretap surveillance as more communications have moved from traditional telephone services to internet service companies.

Under the Communications Assistance for Law Enforcement Act, or CALEA, passed in 1994, telecommunications providers are required to make their systems wiretap-friendly. The Federal Communications Commission extended CALEA in 2004 to apply to broadband providers like ISPs and colleges, but web companies are not covered by the law.

CNET reports that in addition to this push from the FBI, the Federal Communications Commission may be looking at reinterpreting CALEA to demand that video and non-telephone-replacement VoIP products such as Skype and Xbox Live be modified to include backdoors that allow FBI surveillance.

The news comes on the heels of another FBI plan that began kicking around in 2010 that would require backdoors in encrypted communication systems. That proposal, which would revisit the encryption wars of the 1990s, has failed to gather administration backing.