Minting the Digital Currency of the Future 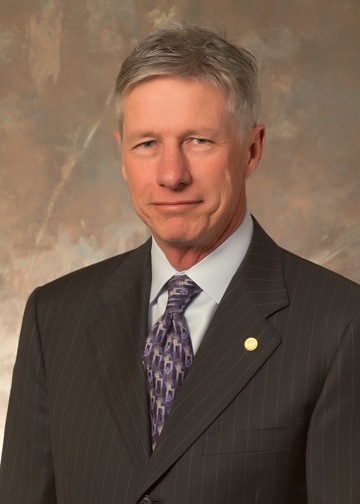 A few weeks ago the Royal Canadian Mint rolled out MintChip, a digital currency that is “better than cash.” It isn’t an alternative currency in that it’s a digital representation of the sovereign currency — the Canadian dollar.

Nevertheless, digital money geeks are atwitter, especially with comparisons to Bitcoin. The MintChip business model is yet to be defined, however; the RCM has issued a challenge — prize money and all — to software developers to come up with apps for using the currency. In the meantime, we decided to pester Marc Brule, the RCM’s chief financial officer, to try and make some cents of it all.

Wired: So MintChip is just Canadian dollars in digital form stored on my computer, tablet, phone or some other device. How is that new, exactly? Isn’t most money nowadays already electronic?

Marc Brule: Unlike most other payment products, MintChip operates with many of the characteristics of cash in the online world. Not requiring a proprietary network or any network at all to authenticate and process the transaction, it is a direct transfer of value from consumers to business or person to person. The value is stored in secure integrated chips and uses a secure protocol that allows the transfer of value from one chip to another. Like cash, it operates without the need for personal identification, is instantaneous and does not have any age or credit requirements for use.

Wired: The landscape of monetary innovation is littered with carcasses of dead digital currencies. What makes you and your colleagues confident that this one will be different?

Brule: We are still in the early stages of R&D and we believe the Developer Challenge will provide some insights for the future, which is a route we believe no other payment product has followed. We understand there are significant challenges involved in taking a new payment product to market and appreciate that we do not have all of the answers. By engaging the developer community and reaching out to stakeholders in the payment ecosystem, we hope to gather new ideas in relation to our technology and value propositions.

Wired: I’ve read that MintChip is just a central bank’s attempt to come up with its own version of Bitcoin. Is that accurate or bogus? Why?

Brule: As mentioned previously, the Mint has been following the digital-payment space for a long time. Through our early research, we discovered some market needs that we felt were not addressed with current payment offerings.

Wired: You recently said that Bitcoin works for the small group of people who believe in its value. Can you speak a little to that pixie-dust aspect of currency and money? I mean, it’s true that more people currently believe in the value of Canadian dollars than Bitcoin, but that’s an equally ethereal phenomenon, is it not?

Brule: All currencies rely on the underlying belief by people who use them – that they have and will have value. So in that way, you could argue that all currencies are ethereal phenomenon. MintChip, backed by hard currency held in trust, could gain wide acceptance on its applicability.

Wired: As someone who is critical of the costs of cash, I for one was delighted to hear the narrator in your launch video say so plainly that “MintChip is better than cash.” But humans are notoriously nervous about new technologies. Won’t one bad, or bad sounding, episode of hacking or network failure undercut your entire effort to make MintChip widely accepted?

Brule: When dealing with cash or any money systems, hacking/counterfeiting will always exist. The key is the security measures employed to mitigate it.

Wired: Isn’t it odd, if not completely inconsistent, to have a central bank (or the mint of the central bank-whatever) telling citizens that cash is suboptimal? After all, governments and their central banks provide citizens with physical representations of fiat currency to use. Now all of a sudden you don’t want us to use this stuff that we’ve been paying you to manufacture, distribute, and maintain in the economy for generations? I guess I’m a little confused.

Brule: We are not trying to discourage the use of cash in the physical world. The Mint has been supplying metal coinage to the Canadian trade and commerce for over 100 years, and continues to do so. Within the exploding digital economy, cash is not applicable. MintChip could be the digital equivalent of cash for online transactions.

Wired: Where, when, and how can I get me some MintChip?

Brule: I’m glad you asked. MintChip is still a prototype in the R&D stage. We opted to vet the MintChip proposition idea and technology through a challenge. Our hope was that we would excite the development community to help us determine MintChip’s market applicability. We have been delighted by the response and by the fourth day, achieved our goal of 500 registrants. We are scheduled to announce the winners of ideation and application development streams in September. Follow the challenge at www.mintchipchallenge.com.