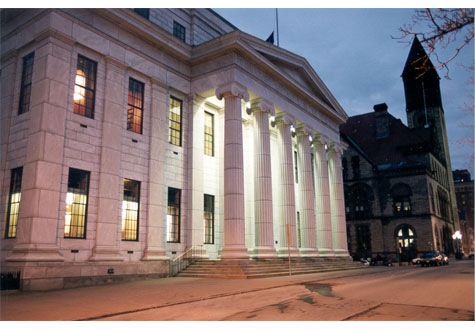 Accessing and viewing child pornography over the internet is not necessarily a crime under New York law, the state’s highest court ruled Tuesday.

The New York Court of Appeals ruled that the authorities, under New York’s child-porn statutes, must prove that an internet surfer knew that his computer automatically stored cached images, or printed or downloaded the images.

“Nonetheless, that such images were simply viewed, and that defendant had the theoretical capacity to exercise control over them during the time they were resident on the screen, is not enough to constitute their procurement or possession,” Judge Carmen Ciparick wrote (.pdf) for the court.

(A cache contains images or portions of a web page that are automatically stored when that page is visited and displayed on a computer screen. If the web surfer visits a web page again at a later date, the images are recalled from the cache rather than being pulled from the internet, allowing the page to load more quickly.)

Judge Victoria Graffeo concurred with the results in a separate opinion but blasted it nonetheless. She said the decision “will, unfortunately, lead to increased consumption of child pornography by luring new visitors who were previously dissuaded by the potential for criminal prosecution.”

Patrick Trueman, president of Morality in Media, also decried the decision, saying the court has given “permission to pedophiles and child molesters to continue the sexual molestation and recording of child sex abuse.”

Child pornography generally may be prosecuted as either a state or federal crime.

The case before New York’s highest court concerned James Kent, a former Marist College professor, who claimed the thousands of child pornography images found on his work computer were for a research project.

He was sentenced to an indeterminate term of one to three years, which is unlikely to change under the court’s decision.