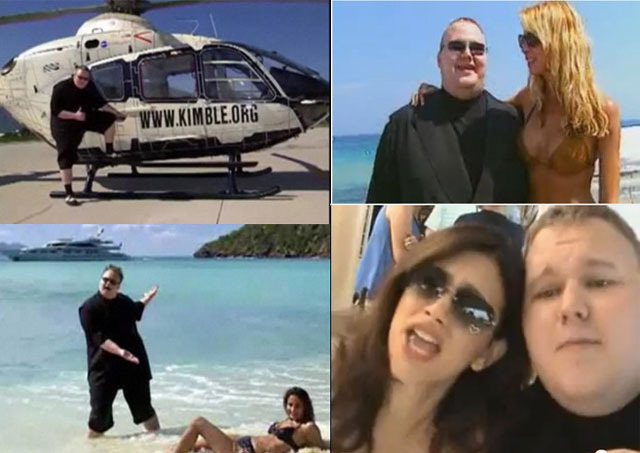 New Zealand lawyers for Kim Dotcom and associates allege that FBI agents committed an “illegal act” by cloning data from the file-sharing tycoon’s seized computers and FedExing it to the United States.

The cloned data was sent overseas just days after a judge decided a court hearing was needed to work out if the FBI agents were allowed to take the material, Dotcom’s lawyer Willy Akel told the High Court of Auckland Wednesday.

Akel said the FBI sent material back to the States without the New Zealand police having any say in the matter and that the police force had effectively lost control over it.

The US government is accusing Dotcom, the founder of Megaupload, of running a criminal conspiracy that made hundreds of millions of dollars by letting users share copyrighted files online. The US Justice Department seized the company’s many domain names, servers and assets in January, and is seeking extradition of Dotcom from New Zealand to the United States for trial.

The NZ government doesn’t deny the FBI whisked the data out of the country via sneakernet. But Crown lawyer John Pike, acting for the NZ Solicitor-General, denied that sending the cloned data overseas was illegal.

According to Pike, the relevant law only applies to physical material and not information, even though he acknowledged that information may be the most valuable thing seized in the January raid of Kim Dotcom’s mansion. Therefore, he argued, the content of the hard drives could be shipped overseas to the FBI.

Pike added that the none of the physical possessions had gone, and that that was the actual subject of the Solicitor-General’s undertaking.

Justice Winkelmann, who is hearing the case, may not be swayed by that sophistry, as she said material irrelevant to the case must be returned to Dotcom.

This was countered by Pike, who says it was too difficult to know what was relevant and what was not. Police have no clue what is relevant to the case, Pike said.

Intellectual property lawyer Rick Shera of the Auckland, New Zealand, law firm Lowndes Jordan, says if there has been a breach of the New Zealand Solicitor-General’s undertaking to the Court that the evidence would not be removed from the country, and whoever gave it to the FBI agents could be in Contempt of Court.

The Court could then order the cloned material to be returned, Shera said.

Furthermore, returning the cloned data may not prevent Dotcom and associates from being handed over to the US authorities. Dotcom is now free on bail in New Zealand, pending a ruling that won’t likely come until August.

“Assuming the US authorities complied with that order and returned the clones without keeping any copies, that might make it more difficult for them to prosecute the case in the US but it will not have any impact on the extradition proceeding here in New Zealand,” Shera concludes.