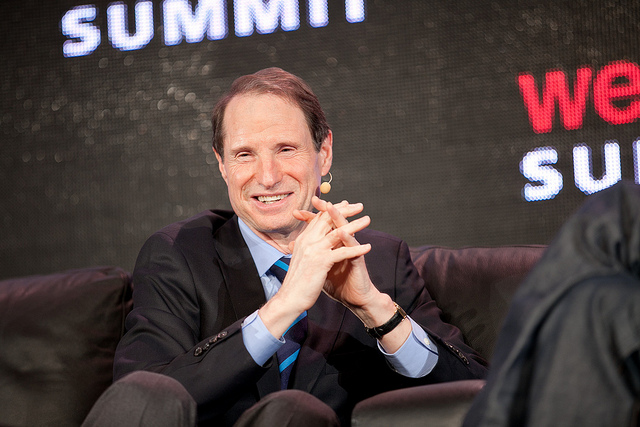 Everything seemed to be going to plan after a Senate committee approved the re-authorization in secret last month.

But Sen. Ron Wyden (D-Oregon) has stepped in to stop the bill because the government refuses to say how often the spy powers are being used.

Wyden has barred the Senate from a routine vote using a little-used legislative power — called a hold — to block lawmakers from taking a procedural consent vote. Instead, he demands a floor debate that can draw out the approval process indefinitely via the filibuster.

The senator’s latest move targets the FISA Amendment Act. The legislation, expiring at year’s end, authorizes the government to electronically eavesdrop on Americans’ phone calls and emails without a probable-cause warrant so long as one of the parties to the communication is outside the United States. The communications may be intercepted “to acquire foreign intelligence information.”

The Senate Intelligence Committee secretly approved the measure May 22 (.pdf) for a full floor vote, and released those results days ago. In response, Wyden placed a hold on the measure late Monday. Among other reasons, he said the government should disclose how many Americans’ communications have been intercepted under the law, which was adopted in 2008 as a way to legalize the Bush administration’s warrantless wiretapping program.

Wyden asked the Obama administration a year ago for that information. The administration replied (.pdf) that it was “not reasonably possible to identify the number of people located in the United States whose communications may have been reviewed under the authority of the FAA.”

Wyden added that the law should be amended to prevent the government “from searching through these communications in an effort to find the phone calls or emails of a particular American, unless the government has obtained a warrant or emergency authorization permitting surveillance of that American.” He and Sen. Mark Udall (D-Colorado) proposed that amendment last month, and it failed.

The FISA Amendments Act generally requires the Foreign Intelligence Surveillance Act Court to rubber-stamp terror-related electronic surveillance requests that target Americans’ communications. The government does not have to identify the target or facility to be monitored. It can begin surveillance a week before making the request, and the surveillance can continue during the appeals process if, in a rare case, the secret FISA court rejects the surveillance application. The court’s rulings are not public.

The House Subcommittee on Crime, Terrorism, and Homeland Security debated the measure last month and appeared willing to side with the Obama administration’s demands that lawmakers re-authorize the bill, as the Senate Intelligence committee did. The Senate’s measure extends the powers until June 1, 2017. The House committee has not moved its measure to the floor for a full vote.

Then-senator and presidential candidate Barack Obama voted for the measure in 2008, though he said the bill was flawed and that he would push to amend it if elected. Instead, Obama, as president, simply continued the Bush administration’s legal tactics aimed at crushing any judicial scrutiny of the wiretapping program, and his administration is now demanding that federal lawmakers extend the legislation.

The Supreme Court next term is expected to hear a constitutional challenge to the law amid allegations it violates Americans’ Fourth Amendment privacy rights.

A Wyden spokeswoman said Thursday the senator might be willing to agree to a “short term” extension of the measure, instead of seeing the spy powers lapse, in a bid to give lawmakers more time to reach a deal.