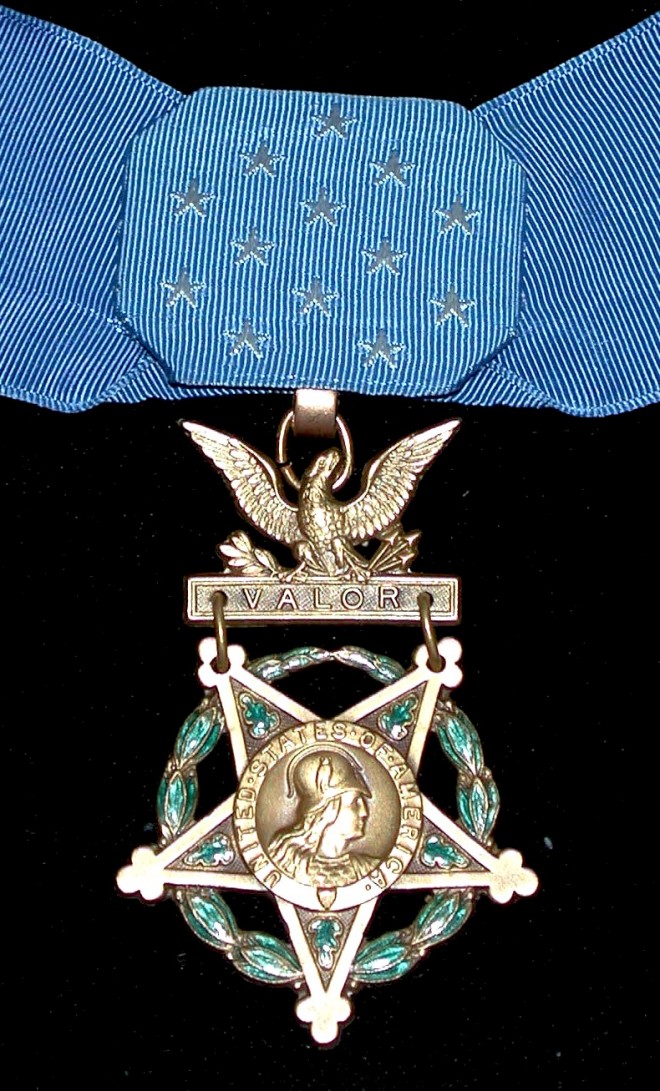 It’s perfectly legal to lie about being a military hero, the Supreme Court said Thursday.

The justices ruled (.pdf) 6-3 that a 2006 law making it a federal criminal offense to lie about being decorated for military service was unconstitutional.

The Stolen Valor Act makes it unlawful for someone to falsely represent, verbally or in writing, that they were “awarded any decoration or medal authorized by Congress for the Armed Forces of the United States.” The measure imposes penalties of up to a year in prison.

The case before the justices surrounds a 2010 federal appeals court decision declaring the law an unconstitutional breach (.pdf) of the First Amendment, a decision the justices upheld.

“Fundamental constitutional principles require that laws enacted to honor the brave must be consistent with the precepts of the Constitution for which they fought,” Justice Anthony Kennedy wrote. He was joined by Chief Justice John Roberts, and Justices Ruth Bader Ginsburg and Sonia Sotomayor.

Breyer wrote the Stolen Valor Act was not akin to laws against fraud, defamation, perjury, impersonation and even trademark infringement, all of which are likely to produce “tangible harm to others.”

While this list is not exhaustive, it is sufficient to show that few statutes, if any, simply prohibit without limitation the telling of a lie, even a lie about one particular matter. Instead, in virtually all these instances limitations of context, requirements of proof of injury, and the like, narrow the statute to a subset of lies where specific harm is more likely to occur. The limitations help to make certain that the statute does not allow its threat of liability or criminal punishment to roam at large, discouraging or forbidding the telling of the lie in contexts where harm is unlikely or the need for the prohibition is small. The statute before us lacks any such limiting features.

The San Francisco–based 9th U.S. Circuit Court of Appeals in 2010 ruled that, if it were to uphold the law, “then there would be no constitutional bar to criminalizing lying about one’s height, weight, age, or financial status on Match.com or Facebook, or falsely representing to one’s mother that one does not smoke, drink alcoholic beverages, is a virgin, or has not exceeded the speed limit while driving on the freeway.”

That decision, which the Justice Department asked the high court to review, concerns defendant Xavier Alvarez. In 2007, he claimed falsely that as a Marine, he had won the Medal of Honor, the highest military decoration. He made that public statement during a local Los Angeles suburban water board meeting, in which he had just won a seat on its board of directors.

The government argued that Alvarez should be prosecuted because the speech fits into the “narrowly limited” classes of speech, such as defamation, that is historically unprotected by the First Amendment. In its petition, the government told the justices that the “court of appeals held facially unconstitutional an act of Congress that plays a vital role in safeguarding the integrity and efficacy of the government’s military honors system.”

Congress, when adopting the law six years ago, said fraudulent claims about military honors “damage the reputation and meaning of such decorations and medals.”

In dissent, Justice Samuel Alito agreed and declared the act a “valuable law.”

“The statute reaches only knowingly false statements about hard facts directly within a speaker’s personal knowledge. These lies have no value in and of themselves, and proscribing them does not chill any valuable speech,” Alito wrote. He was joined by Justices Antonin Scalia and Clarence Thomas.

Alvarez was the first person ever charged and convicted under the act — though dozens more have been charged. Alvarez pleaded guilty, was fined $5,000 and ordered to perform 416 hours of community service. He appealed his conviction to the 9th Circuit.

The SCOTUSblog has a link to all the briefs in the case.