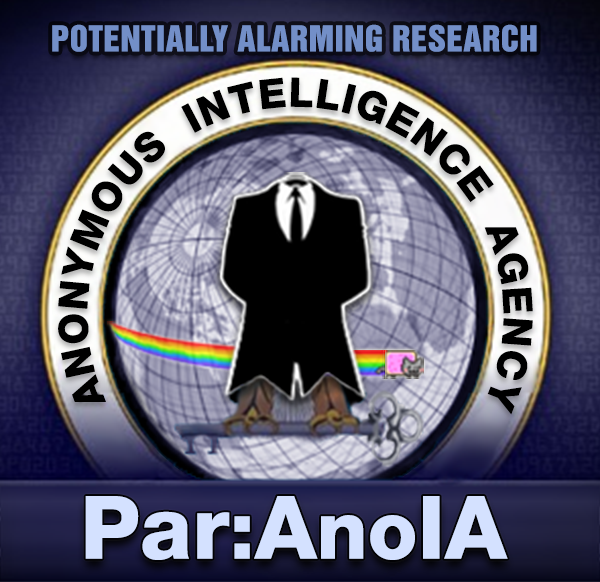 Frustrated by the lack of impact from Anonymous’ otherwise famous hacks and data dumps, and the slow pace of material coming out of WikiLeaks, participants in the Anonymous collective have launched a WikiLeaks-like site called Par:AnoIA (Potentially Alarming Research: Anonymous Intelligence Agency).

Paranoia, which debuted in March, is a new publishing platform built by Anonymous to host Anonymous data leaks that’s trying to find a solution to a problem that plagues news sites, government transparency advocates, and large-website owners everywhere: how to organize more data than any human could possibly read.

The site marks a departure from the groups’ previous modus operandi, where it would publicly drop the documents, make them available in a torrent — usually as a zip file, and then move on. By contrast, the goal of Paranoia is to curate and present content to a hopefully interested public.

Paranoia anons say they don’t gather the data themselves; like WikiLeaks, they take submissions, but from the Anonymous community. The project was created as a response to a year of Anonymous releases where the announcement of document dumps generated plenty of media, but the documents’ content got little coverage.

“The reason no one cares about these leaks, as a general rule of thumb, is that they can’t do anything with [them],” said a Paranoia anon volunteering on document processing for the project in an online chat with Wired. “Basically, [we’re] making it accessible to anyone that wants to do something with it, in a proper usable format.”

Part of the motivation to build the leak site, the Paranoia volunteer said, was to get material out faster than WikiLeaks’ long lead times. “I’m pretty sick by these 20-year-plans,” said the founding anon.

In 2012, WikiLeaks, which no longer has a way to publicly upload documents, has leaned on the anarchic collective for its major releases, including Stratfor and the recent Syrian emails. Could Paranoia represent a threat to the beleaguered leaking site’s recent lifeline?

“I don’t know. Guess that… depends on WikiLeaks.” said founding anon, who went on to say that the leaks site has recently contacted Paranoia. “(It) will be interesting to see what they have to say.”

On Friday, WikiLeaks accused one of the main Anonymous Twitter accounts of promoting insecure proxies, hinting that the account was being run at the direction of law enforcement. AnonymousIRC slapped back, including a Tweet alluding to WikiLeaks being dependent on Anonymous for its relevance:

Wikileaks, didn’t your mother teach you to not shit where you eat? It seems not, so you have to be shown why it isn’t a good idea. #Anonyous

Other efforts at dealing with leaked data, including WikiLeaks, have been built on a similar ideal of citizen participation. The “wiki” in WikiLeaks signaled the project’s intention to leak documents, and have a crowd-sourced equivalent of the CIA analyze the documents. That notion was abandoned after the founders discovered that only themselves, academics and journalists took the time to delve into data sets. (WikiLeaks subsequently began partnering with media organizations, which it soon found came with a different set of complications.)

Even Anonymous’ own Operation Leakspin tried to get organizing and analysis done by engaging crowds with relatively raw data. It too was abandoned for lack of interest.

Paranoia isn’t exactly replicating these experiments, but they are assuming that, with better tools and organization, journalists, researchers, and the interested public in general will eventually engage with leaks in much deeper ways.

In 2009, I alerted our readers about malicious campaigns exploiting the FIFA World Cup in South Africa. Important sport events continue to attract spammers and scammers, so you can guess which big event is now on their radar. The Olympic Games in London have inspired emails such as this:

These mails inform the recipients that they have won a substantial amount of money. After contacting the lottery manager, the victims of these rip-offs will be asked to pay “processing fees” or “transfer charges” so that the winnings can be distributed. Do you imagine these lottery payments will ever be received? In some cases, the organizers ask for a copy of the winner’s passport, national ID, or driver’s license. With that personal information compromised, future identity theft activities are guaranteed.

Here is a sample of bogus messages:

With the opening ceremonies of the London Games in two weeks, these rip-offs are on the increase.

Google has released Google Chrome 20.0.1132.57 for Linux, Mac, Windows, and Chrome Frame to address multiple vulnerabilities. These vulnerabilities may allow an attacker to execute arbitrary code or cause a denial-of-service condition. 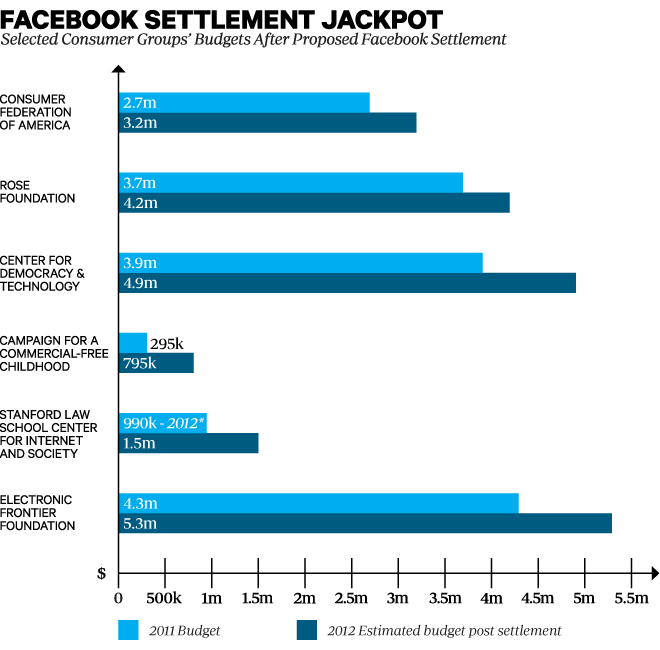 Privacy and consumer groups are urging a federal judge to sign off on a controversial Facebook settlement over its “Sponsored Stories” advertising program which will net them a combined payout of $10 million, despite indifference to or confusion over the terms of the vaguely written settlement, according to interviews, e-mail and court records.

But groups not getting any money say the settlement does little for the privacy rights of Facebook’s 850 million users and want the deal scuttled, according to court documents and interviews.

Jeff Chester, executive director of the Center for Digital Democracy in Washington, D.C., said the settlement amounts to “just putting some more words in Facebook’s privacy policy that nobody reads.” He added in a telephone interview that, “The proposed changes to the privacy agreement don’t serve the class.”

The Facebook settlement, which needs a judge’s approval, provides a glimpse into the dark side of large class-action settlements: The plaintiff’s lawyers get rich, class members get little and non-profit groups often reap millions by urging judges to approve the deal regardless of its merits.

In this deal, which settles a year-old lawsuit, Facebook is agreeing to give its users the right to “limit” how the social-networking site uses their faces in ads under Facebook’s “Sponsored Stories” program.

But whether the settlement will allow Facebook users to completely opt out of the program, which turns the act of pressing the Facebook “Like” button into a potential commercial endorsement, is totally unclear in the settlement.

The suit, filed in April 2011, claimed Facebook did not adequately inform people of the feature or give them a way to opt out of the advertising program that began in January 2011.

The settlement provides $10 million in fees to the lawyers who brought the privacy litigation and a $10 million donation to charity — earmarked to dramatically boost the budgets of 15 consumer activist groups including the Electronic Frontier Foundation, the Center for Democracy & Technology and the Stanford Law School Center for Internet and Society.

Known in legal terms as cy pres awards, charity payouts to settle class actions are not unusual. Such arrangements often happen when there are so many members of a class-action suit that compensating them for their damages would literally annihilate a company, which judges are loath to do.

The EFF, known for its online freedom initiatives including ongoing litigation accusing the National Security Agency of vacuuming all of Americans’ electronic communications without warrants, stands to reap $1 million from the deal. That amounts to almost one-fourth of its $4.3 million annual budget last year. The group’s executive director, Shari Steele, told the federal judge presiding over the matter that the group backed the settlement. (.pdf)

The group’s legal director, Cindy Cohn, explained in a telephone interview that the San Francisco-based group supported the plan for budgetary reasons.

“We haven’t taken a position on this settlement, whether it’s a good idea or not,” Cohn said. “In general, EFF is happy to receive cy pres money. We can continue to educate people about privacy.”