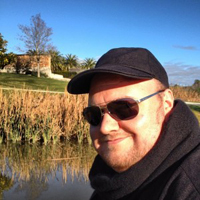 Kim Dotcom, the founder of Megaupload, in a recent photo from New Zealand, where he is fighting extradition to the United States on criminal conspiracy charges.

The United States government said Friday that even if the indictment of the Megaupload corporation is dismissed, it can continue its indefinite freeze on the corporation’s assets while it awaits the extradition of founder Kim Dotcom and his associates.

Judge Liam O’Grady is weighing a request to dismiss the indictment against Megaupload because (in Megaupload’s view) the federal rules of criminal procedure provide no way to serve notice on corporations with no U.S. address. At a hearing in Alexandria, Virginia, he grilled both attorneys in the case but did not issue a ruling.

O’Grady speculated, with evident sarcasm, that Congress intended to allow foreign corporations like Megaupload to “be able to violate our laws indiscriminately from an island in the South Pacific.”

But Megaupload’s attorney insisted that this may not be too far from the truth. Megaupload, they said, is a Hong Kong corporation with no presence in the United States. He argued it was perfectly reasonable for Megaupload to be subject to the criminal laws of Hong Kong, but not the United States.

For its part, the government suggested that it could sidestep the mailing requirement in one of several ways. For example, it could wait for Kim Dotcom to be extradited to the United States and then mail notice to him, as Megaupload’s representative, at his address in prison. Or, they suggested, the government could send notice of the indictment to Carpathia Hosting, a Virginia company that has leased hundreds of servers to the locker site.

The government also mentioned the possibility that it could use the provisions of a Mutual Legal Assistance Treaty to send notice to Megaupload’s Hong Kong address.

The government brought up one new example during the hearing: an instance in which a judge allowed notice to be sent via e-mail to the Columbian guerilla group FARC. But Megaupload’s attorneys dismissed this example as well, pointing out that FARC was not a corporation and that the propriety of that service was never tested in court.

The government also argued that it could keep Megaupload in legal limbo indefinitely. “None of the cases impose a time limit on service,” the government’s attorney told the judge. Therefore, the government believes it can leave the indictment hanging over the company’s head, and keep its assets frozen, indefinitely.

Not only that, but the government believes it can continue to freeze Megaupload’s assets and paralyze its operations even if the judge grants the motion to dismiss. That’s because in the government’s view, the assets are the proceeds of criminal activity and the prosecution against founder Kim Dotcom will still be pending. The fact that the assets are in the name of Megaupload rather than its founder is of no consequence, the government claimed.

Hollywood, at least, seems nervous that Judge O’Grady might buy Megaupload’s argument. In a conference call held Wednesday in advance of today’s hearing, a senior vice president at the Motion Picture Association of America argued that the dismissal of the case against Megaupload would have little practical impact, since the company’s principals would still be facing indictment. And he rejected Kim Dotcom’s efforts to frame the case as a test of internet freedom, describing Dotcom as a “career criminal” who had grown wealthy stealing the work of others.