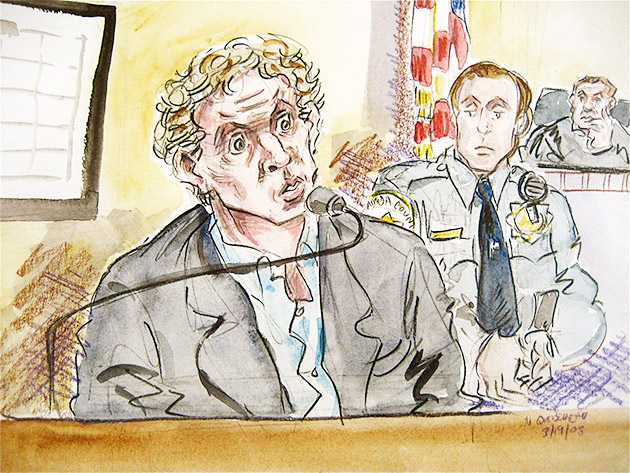 Deliberating less than a day, an Alameda County, California jury reached its conclusion after a weeklong trial.

Reiser, the developer of the ReiserFS filesystem, was convicted by a different Alameda County jury in 2008 of the first-degree murder of his wife. In that criminal case, defendant Reiser and his legal team argued that his wife was not dead, and that after he accused her of embezzling from his software company, Namesys, she abandoned her children to sneak away to Russia, where the couple met in 1998. But jurors didn’t buy Reiser’s story, and weeks after his conviction he led the authorities to Nina’s body hidden in the Oakland hills in exchange for a reduced term of 15-to-life instead of 25-to-life.

Acting as his own attorney while wearing Pleasant Valley State Prison smocks and sometimes rambling and crying, Reiser told jurors in the civil suit a new story — he killed his wife to prevent her from possibly killing their children.

The children’s attorney, Arturo González of Morrison & Foerster, isn’t sure if there is any money to recover for the children. He said he brought the case in the event that Reiser has assets hidden, or develops something of financial value in the future.

“We’re very pleased that the jury agreed with the theme of our case — Nina was a wonderful person and a great mother,” González said. “Taking her life has caused immense harm to everyone who knew Nina, especially her children.”

The computer programmer claimed his wife was abusing the kids, that she had a factitious disorder by proxy – often referred to as Munchausen syndrome by proxy – where a caregiver harms or even kills someone they are in charge of in order to gain sympathy and attention. During the 2008 trial, Reiser alluded to that as well, accusing his wife of having the disease when she wanted to get their son surgery for severe hearing loss.

Nina Reiser, at age 31, was last seen alive at Hans Reiser’s house in the Oakland hills on the day of her 2006 murder, when she dropped off the once-happy couple’s two young children to stay with him the Labor Day weekend. The couple were in the middle of a contentious divorce.