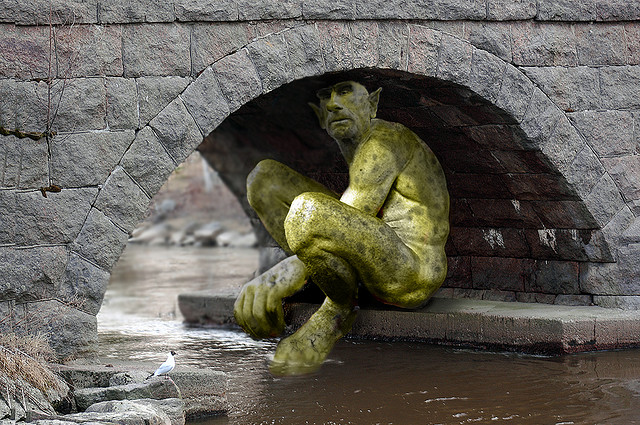 Copyright troll Righthaven, which famously went defunct last year after an epic failure in trying to make money for newspapers by suing sites that reposted even parts of news stories, is seeking a second life.

Righthaven’s former chief executive wants a judge to resurrect the firm in order to appeal a court decision that found it was not infringement for an individual, who had no profit motive, to re-post an entire story online.

The copyright dispute is one of great importance in today’s digital world: whether reposting of an entire article, without permission, can amount to fair use of that work.

A Nevada federal judge ruled last year that a citizen’s re-posting of the story in an online forum was fair use in a decision that, in part, led to the unraveling of the Las Vegas-based trolling operation. Righthaven was ordered to pay legal fees and expenses in the case that amounted to more than $60,000, which the firm has refused to pay.

Without an appellate ruling affirming the fair-use decision, the opinion is not binding on other courts. Fair use is a copyright-infringement defense when a defendant reproduces a copyrighted work for purposes such as criticism, commentary, teaching and research. The defense is analyzed on a case-by-case basis.

Steve Gibson, Righthaven’s former chief executive, said if Righthaven prevails on appeal it could “return to a going concern” and satisfy its debts. But Gibson needs the court-appointed administrator of the company to allow the appeal to the 9th U.S. Circuit Court of Appeals.

Unfortunately for Gibson, the administrator won’t authorize it, arguing that Righthaven should pay its debts — more than $200,000 — instead of litigating further.

“Attempting to prevent the appellate process from coming to full fruition is not a just goal and hardly within the realm of equitable action,” Gibson wrote (.pdf) a Nevada federal judge Monday in demanding permission. “The right of appeal is a fundamental linchpin of our democratic structure.”

Gibson added that none of Righthaven’s assets are being used to pay for the appeal.

Righthaven borrowed a page from patent trolls in 2010 and was formed with the idea of suing blogs and websites that re-post newspaper articles — even snippets of them — without permission. But along the way, the Electronic Frontier Foundation and others began to chip away at the business model.

The case Gibson wants to appeal to the San Francisco-based appeals court concerns Vietnam veteran Wayne Hoehn, who prevailed in a Righthaven copyright lawsuit seeking up to $150,000 in damages for posting the entirety of a Las Vegas Review-Journal editorial to a small online message board.

The lawsuit against Hoehn, one of hundreds of Righthaven’s lawsuits, accused him of unlawfully posting all 19 paragraphs of a November 2010 editorial. Hoehn posted the article, and its headline, “Public Employee Pensions: We Can’t Afford Them” on medjacksports.com to prompt discussion about the financial affairs of the nation.

Nevada Federal Philip Judge Judge Pro ruled that the posting was fair use of the article, and ordered Righthaven to pay attorneys fees and costs.

Among other things, to satisfy the debt, Righthaven auctioned its righthaven.com domain for $3,000 and the company, now defunct, was ordered to fall under the direction of a receiver.

Righthaven initially was winning and settling dozens of cases as defendants paid a few thousand dollars each to make the cases go away.

Righthaven’s clients included Stephens Media of Las Vegas and MediaNews of Denver, both mid-size publishers of dozens of daily newspapers.

But Righthaven never prevailed in a case that was defended in court.

Ironically, Righthaven sought — as payment — the domain names owned by the people it was suing, and now it has lost its own domain name and any other available assets in the process.

Contracts between the companies and Righthaven showed that Stephens Media and MediaNews granted Righthaven permission to sue over the newspaper chains’ content in exchange for a 50 percent cut of all the settlements and jury awards. Most important, the agreement did not grant Righthaven license to use the content in any other way.

The EFF called the arrangement a “sham,” and judges hearing Righthaven cases agreed, saying Righthaven had no legal standing to sue.

Gibson also contends that, since Judge Pro found that Righthaven did not have a right to sue Hoehn for infringement, Pro should not have declared Hoehn’s posting fair use nor granted legal fees.