Megaupload Judge Steps Down After Declaring U.S. ‘the Enemy’ 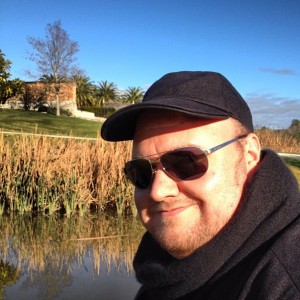 The New Zealand judge overseeing the extradition proceedings of accused file-sharing kingpin and Megaupload founder Kim Dotcom is recusing himself from the case after making a public remark that the United States was “the enemy.”

Auckland District Judge David Harvey was commenting at a copyright conference earlier this month when he said, “We have met the enemy, and he is (the) U.S.”

The court’s chief judge, Jan-Marie Doogue, said Wednesday that Harvey recognizes his comments “could reflect on his impartiality and that the appropriate response is for him to step down from the case.”

Among other things, the government is demanding New Zealand authorities send the four, who remain free on bail following their January arrest, to the United States to face trial on racketeering, money laundering, copyright infringement and other charges.

An extradition hearing in New Zealand is not expected until March.

Here in the United States, Dotcom is is attempting to vacate orders that led to the seizure of Megaupload’s domain names, U.S.-based severs and $50 million in assets.

According to Dotcom, the only parties having been found so far to have violated the law in this case are New Zealand police, who a court found raided his house with an invalid order, and the FBI, which secretly made copies of Kim Dotcom’s computers and shipped them out of the country — contrary to court order.

Dotcom and Megaupload associates are seeking to break the legal impasse by offering last week to fly to the United States without an extradition hearing.

In return, Dotcom demands a fair trial guarantee and return of money to support their families and to pay legal fees, which are thought to be in the millions of dollars after several months of court battles.