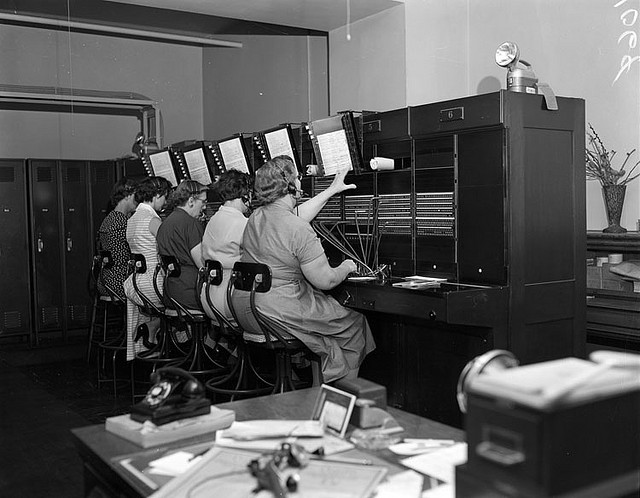 Photo: The Library of Virginia/Flickr

The number of criminal wiretaps authorized by federal and state judges in 2011 decreased 14 percent from the year prior to 2,732, according to the latest figures available.

The vast majority of the wiretaps covered in the government report are for drug investigations and nearly all of them target mobile phones.

Don’t go thinking, however, that the government’s love for electronic snooping has faded.

The data, which the government is required to publish annually, covers just a small part of the nation’s ever-growing surveillance society. The government has at its disposal a variety of methods to capture Americans’ communications and data without warrants or with super-secret national security wiretap warrants that aren’t covered in this report.

Forbes noted that the latest figures, published Friday, are the fifth time in two decades “the count of wiretaps has fallen year-over-year.”

And while there was a decrease from 3,194 approved wiretaps from 2010, we might expect their use, or at least requests for them, to edge back up in the wake of a Supreme Court decision in January that said the authorities need a warrant to affix a GPS device to a vehicle to track its every movement.

The government has many other tools to tap Americans’ communications, meaning the decrease in wiretaps could just be a statistical blip, or it could mean that court-ordered wiretaps are taking a back seat to other methods of warrantless, data extraction.

What’s more, the Justice Department employs a covert internet and telephone surveillance method known as pen register and trap-and-trace capturing. Judges sign off on these telco orders when the authorities say the information is relevant to an investigation. No probable cause that the target committed a crime — the warrant standard — is necessary.

What’s more, the government asserts, and judges are agreeing, that no warrant is required to obtain so-called cell-site data which identifies the cell tower to which the customer was connected at the beginning of a call and at the end of the call.

And Google announced last month that the United States sought user data from Google 6,321 times for the six months ending December 2011, up from 5,950 the six months prior.

Google’s transparency data is also limited as it does not include requests under the Patriot Act, which can include National Security Letters with gag orders attached. Nor does the data include anti-terrorism eavesdropping court orders known as FISA orders or any dragnet surveillance programs legalized in 2008, as those are secret, too.

The data Google is coughing up includes e-mail communications, documents and, among other things, browsing activity, and even IP addresses used to create an account. And we suspect that an alarming amount of the data is being turned over without a probable-cause warrant. Google isn’t saying.

In the United States, the law is so antiquated that a warrant is often not required to get Americans’ emails, and proposals to fix that have been met with silence in Congress.

So while it may be nice to see a significant drop in criminal wiretap orders last year, only the foolish would think there’s 14 percent less snooping going on.