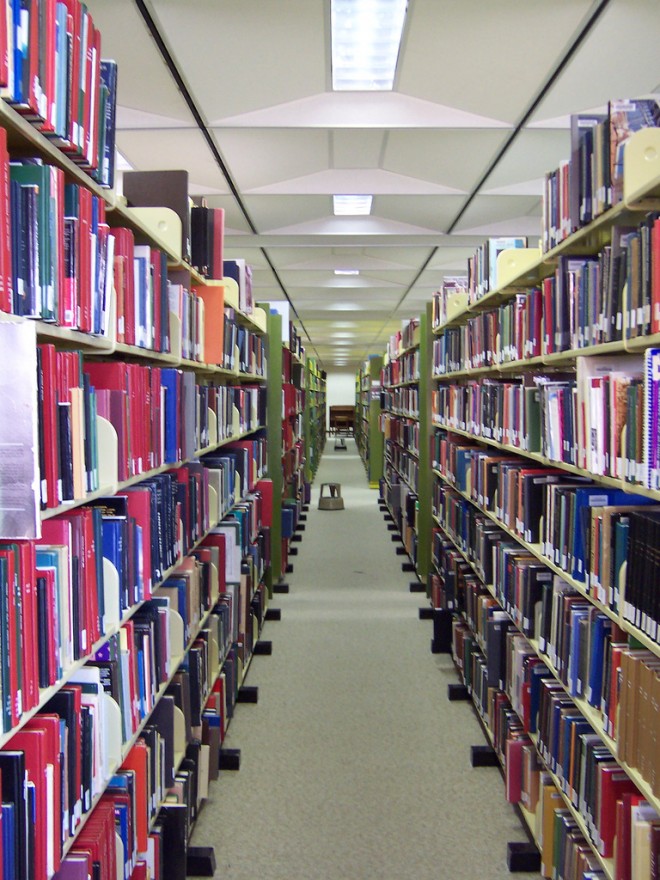 Google is on the hook for as much as $2 billion in damages for digitally scanning 2.7 million university library books without permission, the Authors Guild claims in a long-running lawsuit testing the limits of U.S. copyright law.

Google in 2004 made a deal with several universities to scan their libraries, without the rights holders’ permission, and make “snippets” of those books available online via Google’s search engine. The Mountain View, California, search giant was subsequently sued by individual writers, publishers and the Authors Guild — litigation that has had a tortured history that resulted in a settlement a federal judge rejected last year.

Now the battle is back on.

The guild is seeking the minimum $750 in copyright damages per each allegedly infringing work — making it potentially among the highest copyright damages cases in litigation history. The recording industry sought about $1 billion from peer-to-peer file-sharing service Limewire, but eventually settled for $105 million. About a half a billion dollars was paid out in the Napster litigation, although the industry was seeking billions.

Google, which displays the book snippets next to advertising on its search engine, claims it has the right under the “fair-use” doctrine to publish parts of each book. The guild told U.S. District Judge District Judge Denny Chin of New York that Google was off-base.

“Google’s unauthorized uses are for a commercial purpose; involve verbatim copying, distribution, and display of protected expression; are not ‘transformative’; and, if they became widespread, would adversely affect actual and potential markets for copyrighted books,” the guild wrote (.pdf) Chin on Friday

Fair use is a defense to copyright infringement and may be invoked for purposes such as criticism, commentary, news reporting, teaching, scholarship or research. “It is Google’s uses, not that of its users, which are relevant,” the guild said, alleging that Google’s motives are financial.

Google countered, telling the judge last month that “books exist to read” and that it does not need permission to copy the works, make them searchable or to provide brief snippets of them.

“Google made digital copies of books in order to create a searchable index linking each word found in any book to all books in which that word appears. That index provides a wealth of new information, allowing a user to find every book monitoring a particular topic or using a particular phrase together with up to three short snippets of text showing the context in which that term appears,” Google wrote.

A hearing is scheduled for next month.

Chin last year rejected a deal between the two parties that would have allowed Google to scan copyrighted books, sell them on the internet and have them pop up in search results, while allowing up to 20 percent of the text to display in a search.

The rights holders would have gotten 67 percent of the take and Google the remainder. But when it comes to millions of so-called orphaned works, Google’s proposal went too far, Chin said. Under the deal, Google would also have been able to scan and sell titles whose rights holder could not be located, setting aside the proceeds if the author turned up later. In rejecting the deal, Chin said Congress, not he, should “establish a mechanism for exploiting unclaimed books.”

The deal also only applied to Google, leaving would-be competitors to get sued and forge their own deals, which caused many of Google’s copyright allies to join with Amazon and Microsoft in opposing the settlement.

The search company says it makes it very difficult to read an entire book by limiting the number of snippets it displays and by keeping portions of all books from showing up in search results. The Authors Guild counters that a dedicated searcher could get at a lot of the text from a book for free (though it would probably be easier to get the whole copy for free at the library) and that the databases that Google and its library partners have created could get hacked and released onto peer-to-peer file sharing networks.

These arguments mean the case is back where it started — as  a high-stakes showdown between a deep-pocketed online innovator and a shrinking, slow-to-change big media industry arguing over the extent and purpose of copyright law in the digital age.