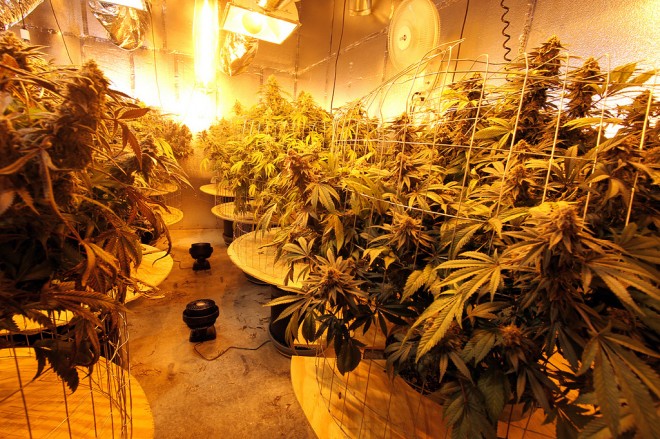 Utilities must hand over customer records — which include credit card numbers, phone numbers and power consumption data — to the authorities without court warrants if drug agents believe they are “relevant” to an investigation, a federal appeals court says.

The Comprehensive Drug Abuse Prevention and Control Act of 1970 allows the authorities to make demands for that data in the form of an administrative subpoena, with no judicial oversight. In this instance, the Drug Enforcement Administration sought the records of three Golden Valley Electric Association customers in Fairbanks, Alaska suspected of growing marijuana indoors.

The decision appears to be an end-run around the Supreme Court’s 2001 ruling requiring the authorities to obtain search warrants to employ thermal-imaging devices to detect indoor marijuana-growing operations. The court ruled that the imaging devices, used outside a house, carry the potential to “shrink the realm of guaranteed privacy.”

In the case decided Tuesday, the utility, with 44,000 meters, objected to the subpoenas. Among other things, it alleged that a probable-cause warrant from a judge was required, and that its privacy policy protected the confidentiality of its customers’ records. It also said the government went too far when requesting credit card numbers and other banking information associated with customer accounts.

The appeals court disagreed with all of the utility’s arguments, saying the case was “easily” decided.

Golden Valley argues further that the information relating to individual customers at the three residences — such as names, addresses, telephone numbers, account information, as well as credit or debit card and checking information — is not relevant to the DEA’s investigation. We do not agree. This information may or may not turn out to be incriminating, but it is clearly relevant to an investigation of a possible violation of the drug laws. It may, among other things, identify possible suspects with control over the premises.

The Comprehensive Drug Abuse Prevention and Control Act of 1970, allows the government to issue subpoenas to “compel the attendance and testimony of witnesses, and require the production of any records (including books, papers, documents, and other tangible things which constitute or contain evidence) which the Attorney General finds relevant or material to the investigation.”

The court also said customers had no reasonable expectation of privacy under the so-called “business records” doctrine: The utility, not the customer, owns those records.

“Golden Valley contends that it may assert its customers’ Fourth Amendment privacy rights. Even assuming that it can do so, this would not change the analysis here,” the court said. The court added that “The records sought here are business records owned and possessed by Golden Valley.”

The DEA’s subpoenas sought records from three customers. The court did not name them.