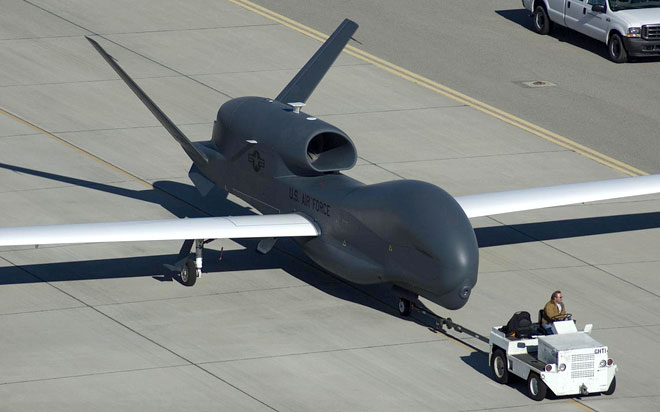 Under pressure to open the nation’s skies to drone flights, federal regulators are relying on decades of aviation rules that imagined a human being in the cockpit – not an onslaught of remotely piloted aircraft – prompting questions about whether federal flight rules for drones are strong enough to prevent accidents and midair collisions, recently released documents show.

Many drones and other small aircraft don’t have elaborate on-board detection systems to help them avoid crashes in the air, said Mel Beckman, a California mechanic and pilot who’s been flying for more than 30 years. People who don’t fly planes often are surprised to learn that pilots are required to “see and avoid,” which is exactly what it sounds like – keep a naked eye out for other aircraft.

“There’s no way for a drone pilot to do that,” Beckman said. “He’s on the ground, and he’s looking through a small aperture. Yes, the camera can swivel a little bit, but it’s nothing like the panoramic view the FAA (Federal Aviation Administration) envisioned when they expected pilots to maintain their own visual surveillance.”

Congress in February directed regulators to more rapidly establish guidelines for the wider embrace of drones, and a subsequent debate about them leaves the impression for many Americans that unmanned aircraft have rarely operated here. Yet experimental drone flights accompanied by their own set of rules have occurred for years and are described in thousands of pages of FAA experimental flight records obtained by the Center for Investigative Reporting through the Freedom of Information Act.

Public safety officials are lobbying for the broader use of drones to save money on expensive piloted fleets and to better visualize disasters, uncover drug cultivation and conduct surveillance before carrying out a raid. The documents reveal how much more complicated safety could become in the national airspace once unmanned aircraft leave the largely uninhabited areas where they are tested today.

The FAA predicted four years ago that a sophisticated collision-avoidance system for drones could cost as much as $2 billion and was still far into the future. Regulators also anticipated then that a framework for broader drone flights in the United States wouldn’t be ready until sometime around 2020, according to the Government Accountability Office (.PDF), the investigative arm of Congress.

Bell Helicopter manufactured an Eagle Eye prototype in 2005 and tested it south of a tiny Texas town, Graford, until the drone crashed the following year, FAA records show. It was developed as an aircraft for the Coast Guard that could take off and land vertically, but records show test flights could be conducted only during daylight hours with favorable weather conditions, a rule that wouldn’t be realistic for commercial airliners. A company official was not available for comment.

Telford Aviation, partnering with defense giant Science Applications International Corp. under a Navy contract, manufactured an unmanned blimp, or airship, in 2007 and tested it deep in the northeastern tip of Maine near the town of Limestone. Telford could not be reached, but documents show that the FAA expected the company’s visual observers to “conduct their duties (no) more than three nautical miles laterally or 3000 feet vertically from the (unmanned aircraft).”

“All flights of this aircraft must be conducted over open water or sparsely populated areas having light air traffic,” one FAA document instructed. An Academi spokesman said Blackwater Airships was dissolved in late 2010 because the new owners wanted to focus on “security assessments, trainings and security services.”