We Don’t Need No Stinking Warrant: The Disturbing, Unchecked Rise of the Administrative Subpoena 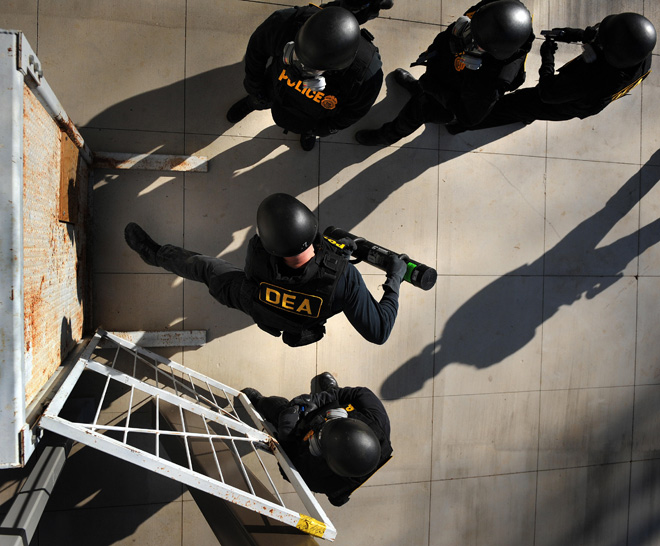 When Golden Valley Electric Association of rural Alaska got an administrative subpoena from the Drug Enforcement Administration in December 2010 seeking electricity bill information on three customers, the company did what it usually does with subpoenas — it ignored them.

But by law, utilities must hand over customer records — which include any billing and payment information, phone numbers and power consumption data — to the DEA without court warrants if drug agents believe the data is “relevant” to an investigation. So the utility eventually complied, after losing a legal fight earlier this month.

Meet the administrative subpoena (.pdf): With a federal official’s signature, banks, hospitals, bookstores, telecommunications companies and even utilities and internet service providers — virtually all businesses — are required to hand over sensitive data on individuals or corporations, as long as a government agent declares the information is relevant to an investigation. Via a wide range of laws, Congress has authorized the government to bypass the Fourth Amendment — the constitutional guard against unreasonable searches and seizures that requires a probable-cause warrant signed by a judge.

In fact, there are roughly 335 federal statutes on the books (.pdf) passed by Congress giving dozens upon dozens of federal agencies the power of the administrative subpoena, according to interviews and government reports. (.pdf)

“I think this is out of control. What has happened is, unfortunately, these statutes have been on the books for many, many years and the courts have acquiesced,” said Joe Evans, the utility’s attorney.

Anecdotal evidence suggests that federal officials from a broad spectrum of government agencies issue them hundreds of thousands of times annually. But none of the agencies are required to disclose fully how often they utilize them — meaning there is little, if any, oversight of this tactic that’s increasingly used in the war on drugs, the war on terror and, seemingly, the war on Americans’ constitutional rights to be free from unreasonable government trespass into their lives.

That’s despite proof that FBI agents given such powers under the Patriot Act quickly began to abuse them and illegally collected Americans’ communications records, including those of reporters. Two scathing reports from the Justice Department’s Inspector General uncovered routine and pervasive illegal use of administrative subpoenas by FBI anti-terrorism agents given nearly carte blanche authority to demand records about Americans’ communications with no supervision.

When the 9th U.S. Circuit Court of Appeals, perhaps the nation’s most liberal appeals court based in San Francisco, ordered Golden Valley to fork over the data earlier this month, the court said the case was “easily” decided because the records were “relevant” to a government drug investigation.

With the data the Alaska utility handed over, the DEA may then use further administrative subpoenas to acquire the suspected indoor-dope growers’ phone records, stored e-mails, and perhaps credit-card purchasing histories — all to build a case to acquire a probable-cause warrant to physically search their homes and businesses.

But the administrative subpoena doesn’t just apply to utility records and drug cases. Congress has spread the authority across a huge swath of the U.S. government, for investigating everything from hazardous waste disposal, the environment, atomic energy, child exploitation, food stamp fraud, medical insurance fraud, terrorism, securities violations, satellites, seals, student loans, and for breaches of dozens of laws pertaining to fruits, vegetables, livestock and crops.

The Drug Enforcement Administration obtained the power under the Comprehensive Drug Abuse Prevention and Control Act of 1970 and is believed to be among the biggest issuers of administrative subpoenas.

“It’s a tool in the toolbox we have to build a drug investigation. Obviously, a much, much lower threshold than a search warrant,” said Lawrence Payne, a DEA spokesman, referring to the administrative subpoena generically. Payne declined to discuss individual cases.

Payne said in a telephone interview that no database was kept on the number of administrative subpoenas the DEA issued.

But in 2006, Ava Cooper Davis, the DEA’s deputy assistant administrator, told a congressional hearing, “The administrative subpoena must have a DEA case file number, be signed by the investigator’s supervisor, and be given a sequential number for recording in a log book or computer database so that a particular field office can track and account for any administrative subpoenas issued by that office.”

After being shown Davis’ statement, Payne then told Wired to send in a Freedom of Information Act request, as did some of the local DEA offices we contacted, if they got back to us at all. “Would suggest a FOIA request to see whether you can get a number of administrative subpoenas. Our databases have changed over the years as far as how things are tracked and we don’t have access to those in public affairs unfortunately,” Payne said in an e-mail.

He said the agency has “never” been asked how many times it issued administrative subpoenas.