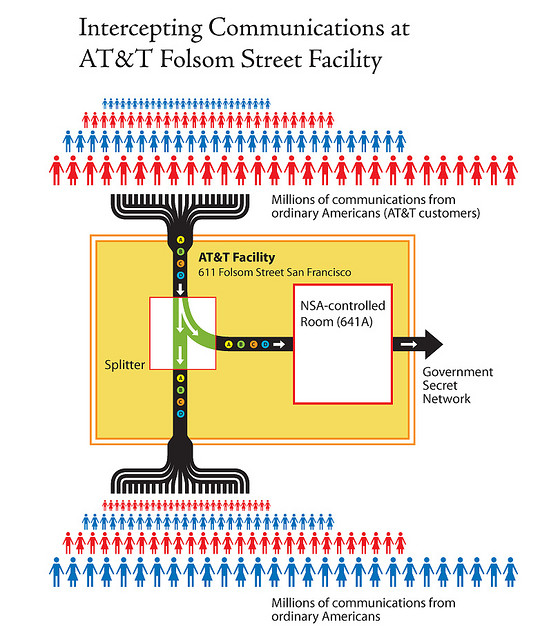 A former congressional staffer and NSA whistleblower who the authorities suspected of exposing the George W. Bush administration’s warrantless wiretapping program is suing the government, saying her constitutional rights are being violated because her computer seized five years ago has never been returned, and the feds have refused to clear her name.

In a Wednesday telephone interview, Diane Roark, 63, a former senior staffer at the House Intelligence Committee, said she was privy to the warrantless wiretapping the administration adopted in the wake of the Sept. 11, 2001 terror attacks.

But she emphatically denied she divulged it to the press. “I have absolutely no idea who did that,” said Roark, who retired in 2002. “My reputation has been completely smeared.”

Five years ago, the feds, suspecting that she leaked the program to The New York Times, which won a Pulitzer Prize for its 2005 story, searched Roark’s three-acre property. The authorities took her computer and printer. The printer was later returned, but the computer was not.

Her suit, (.pdf) filed last week in Oregon federal court, demands the return of her property, and she also claims her due process rights are being breached because the government has never cleared her of wrongdoing.

“I don’t think they will prosecute me. You just never know for sure. A lot of my defense is on that computer,” she said.

A different version of her case was formerly filed in a Maryland federal court. There, the government asserted that if there is even one document on a hard drive or storage disk that has classified or unclassified material that has not officially been released, the authorities can seize the entire contents of the computer and the computer itself.

“That violates my First Amendment rights of free speech,” she said.

The Justice Department did not immediately respond for comment, and won’t have to file a response to the court until this fall.

The so-called Terrorist Surveillance Program was first disclosed by The New York Times in December 2005, and the government subsequently admitted that the National Security Agency was eavesdropping on Americans’ telephone calls without warrants if the government believed the person on the other line was overseas and associated with terrorism. The government had also secretly enlisted the help of major U.S. telecoms, including AT&T at its Folsom Street facility in San Francisco, to spy on Americans’ phone and internet communications without getting warrants as required by the 1978 Foreign Intelligence Surveillance Act.

After the secret program was finally submitted to a court for approval, the program was quickly found to be illegal. Congress subsequently legalized much of the program, in a bill that expires at year’s end. Committees in both the House and Senate have approved nearly identical bills extending the powers for roughly five years.

Roark and three former NSA officials wrote the inspector general of the Defense Department in 2002 that the NSA had “defrauded the American taxpayer of hundreds and hundreds of millions.” According to the Washingtonian, the NSA was “investing in a computer system known as Trailblazer, which was designed to help the NSA pluck valuable clues on terrorist plots from the billions of phone calls, e-mails, and other electronic signals it intercepts on a regular basis.”

One of the whistleblowers was Thomas Drake, who the feds subsequently alleged to have “mishandled” classified documents in a rare Espionage Act prosecution that some suggested was brought because of his criticism of the now-canceled “Trailblazer” project. All charges were dropped last year and he pleaded guilty to a count of exceeding authorized use of a computer and sentenced to one-year probation and 240 hours of community service.