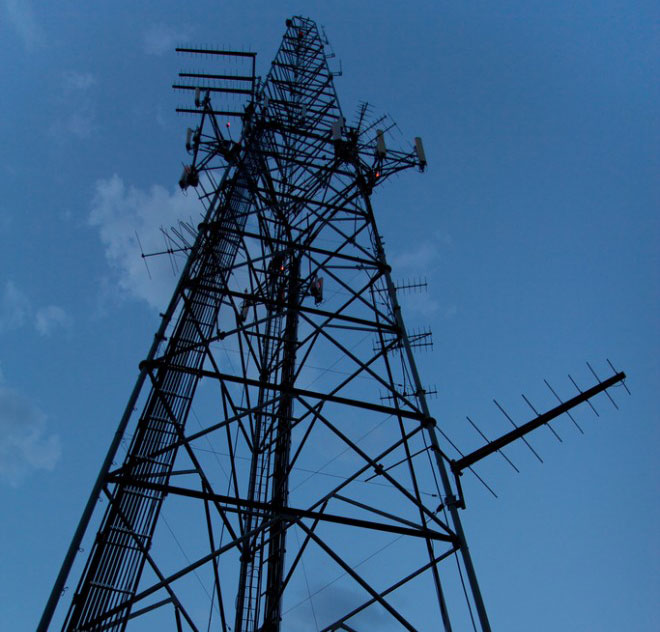 The Obama administration told a federal court Tuesday that the public has no “reasonable expectation of privacy” in cellphone location data, and hence the authorities may obtain documents detailing a person’s movements from wireless carriers without a probable-cause warrant.

The administration, citing a 1976 Supreme Court precedent, said such data, like banking records, are “third-party records,” meaning customers have no right to keep it private. The government made the argument as it prepares for a re-trial of a previously convicted drug dealer whose conviction was reversed in January by the Supreme Court, which found that the government’s use of a GPS tracker on his vehicle was an illegal search.

With the 28 days of vehicle tracking data thrown out of court, the feds now want to argue in a re-trial that it was legally in the clear to use Antoine Jones’ phone location records without a warrant. The government wants to use the records to chronicle where Jones was when he made and received mobile phone calls in 2005.

“A customer’s Fourth Amendment rights are not violated when the phone company reveals to the government its own records that were never in the possession of the customer,” the administration said in a court filing Tuesday (.pdf). ”When a cell phone user transmits a signal to a cell tower for his call to be connected, he thereby assumes the risk that the cell phone provider will create its own internal record of which of the company’s towers handles the call. Thus, it makes no difference if some users have never thought about how their cell phones work; a cell phone user can have no expectation of privacy in cell-site information.”

The government’s position comes as prosecutors are shifting their focus to warrantless cell-tower locational tracking of suspects in the wake of a Supreme Court ruling (.pdf)  in Jones’ case that law enforcement should acquire probable-cause warrants from judges to affix GPS devices to vehicles.

Just after the Jones decision, the FBI pulled the plug on 3,000 GPS-tracking devices.

Jones, as one might suspect, wants the court to find that the feds should get a probable cause warrant for phone records, too.

“In this case, the government seeks to do with cell site data what it cannot do with the suppressed GPS data,” Jones’ attorney Eduardo Balarezo wrote (.pdf) U.S. District Judge Ellen Huvelle.

The government does not agree.

“Defendant’s motion to suppress cell-site location records cannot succeed under any theory. To begin with, no reasonable expectation of privacy exists in the routine business records obtained from the wireless carrier in this case, both because they are third-party records and because in any event the cell-site location information obtained here is too imprecise to place a wireless phone inside a constitutionally protected space,” the administration wrote the federal judge presiding over the Jones re-trial.

Just as the lower courts were mixed on whether the police could secretly affix a GPS device on a suspect’s car without a warrant, the same is now true about whether a probable-cause warrant is required to obtain so-called cell-site data. During the investigation, a lower court judge in the Jones case authorized the five months of the cell-site data without probable cause, based on government assertions that the data was “relevant and material” to an investigation.

That cell-site information was not introduced at trial, as the authorities used the GPS data instead.

The Supreme Court tossed that GPS data, along with Jones’ conviction and life term on Jan. 23 in one of the biggest cases in recent years combining technology and the Fourth Amendment.

That decision, the Obama administration claimed, is “wholly inapplicable” when it comes to cell-site data.

The administration noted that the high court said the physical act of affixing a GPS device to a vehicle amounts to a search and generally requires a warrant. “But when the government merely compels a third-party service provider to produce routine business records in its custody,” the government wrote, “no physical intrusion occurs, and the rule in Jones is therefore wholly inapplicable.”