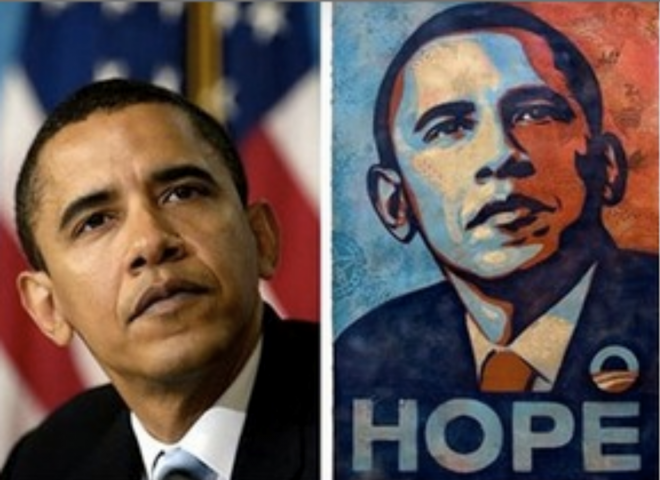 Street artist Shepard Fairey has been handed a $25,000 fine, 300 hours of community service and two years of probation for destroying evidence in his high-profile copyright case with The Associated Press over the iconic Obama “Hope” poster.

Fairey claimed in court he based his abstract graphic rendition on an AP photo of Obama seated next to actor George Clooney. But he later admitted he actually used a solo shot of Obama from the same 2006 event, and had destroyed and fabricated evidence to support his story, which led to a criminal contempt charge. 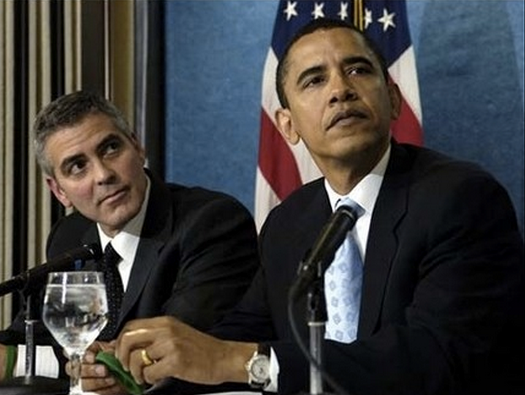 U.S. District Judge Frank Mass of New York said Friday that Fairey’s behavior was a “public disgrace” and that “the public is likely to be reminded of your misconduct,” he said, noting the journalists in the courtroom.

Prosecutors urged the court to impose “some term of imprisonment.”

The artist settled out of court last year with the wire service without resolving the underlying legal issue: whether Fairey had a fair-use right under copyright law to produce the graphic based on an AP photo snapped of then-Sen. Barack Obama at the National Press Club in 2006.

Despite the settlement, neither side gave ground on their legal opinions. The AP said that Fairey infringed its works with a “form of computerized paint by the numbers.” And Fairey maintained he transformed the AP’s image enough to constitute a fair use of the work under copyright law.

Though both photos at issue were shot by the same AP photographer, the fact that the solo shot of Obama was the source of the “Hope” image was important because the more one transforms a copyrighted work, the stronger the argument that the resulting art constitutes fair use.

“The damage to my own reputation is dwarfed by the regret I feel for clouding the issue of the fair use case. I let down artists and advocates for artist’s rights by distracting from the core fair use discussion with my misdeeds,” the artist said in a statement. “The decision today will, I hope, mark an ending to what, for me, has been a deeply regrettable chapter. But the larger principles at stake — fair use and artists’ freedom – are still in jeopardy, and I hope we will remain vigilant in depending on the freedom of expression.”

The AP claimed Fairey generated $400,000 in sales of the image, which adorned websites, posters, stickers, shirts and buttons at the time of Obama’s presidential election.