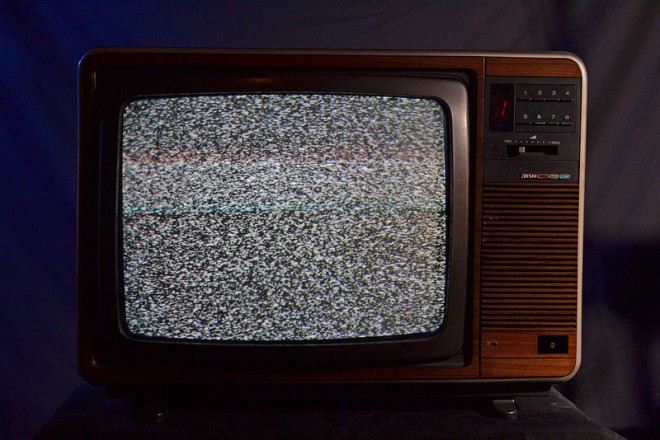 As live streaming video surges in popularity, so are copyright “bots” — automated systems that match content against a database of reference files of copyrighted material. These systems can block streaming video in real time, while it is still being broadcast, leading to potentially worrying implications for freedom of speech.

On Tuesday, some visitors trying to get to the livestream of Michelle Obama’s widely lauded speech at the Democratic National Convention were met with a bizarre notice on YouTube, which said that the speech had been blocked on copyright grounds.

On Sunday, a livestream of the Hugo Awards — the sci-fi and fantasy version of the Oscars — was blocked on Ustream, moments before Neil Gaiman’s highly anticipated acceptance speech. Apparently, Ustream’s service detected that the awards were showing copyrighted film clips, and had no way to know that the awards ceremony had gotten permission to use them.

“I thought it was a huge pity, and ridiculous,” said Gaiman in an e-mail exchange with Wired. “But I also think it highlights a potential problem that’s just getting bigger.”

Last month, footage from NASA’s triumphant Curiosity rover landing was blocked numerous times on YouTube, despite being in the public domain, because several companies — such as Scripps Local News — claimed copyright on the material.

Those incidents foretell an odd future for streaming video, as bandwidth and recording tools get cheaper, and the demand for instant video grows. Just in the last year, Google Hangouts, a feature of Google+ that allows multiple people to video conference, became a cult hit. Now it’s used by news sites, such as the Huffington Post, for live video interview segments. Ustream and Justin.tv have made it simple to livestream book readings, Meetups and the police siege of Julian Assange’s embassy sleepover.

Copyright bots are being wired into that infrastructure, programmed as stern and unyielding censors with one hand ever poised at the off switch. What happens if the bot detects snippets of a copyrighted song or movie clip in the background? Say a ringtone from a phone not shut off at a PTA meeting? Or a short YouTube clip shown by a convention speaker to illustrate a funny point? Will the future of livestreaming be so fragile as to be unusable?

A swarm of tech companies are rushing in to provide technical solutions to enforce copyright in online sharing communities and video-streaming sites. Those players include Vobile, Attributor, Audible Magic, and Gracenote. And they’re thriving, despite the fact that U.S. copyright law, as modified by the 1998 Digital Millennium Copyright Act, doesn’t require sites that host user-created content to preemptively patrol for copyright violations.

“The companies that are selling these automated takedown systems are really going above and beyond the requirements set for them in the DMCA, and as a result are favoring the interests of a handful of legacy media operators over the free-speech interest of the public,” says Parker Higgins, an activist at the Electronic Frontier Foundation.

The notice-and-takedown regime created by the DMCA allows copyright holders to send a written notice to an online hosting service when they find their copyright being violated. The online service can then escape legal liability by taking down the content fairly promptly, and the original poster has the opportunity to dispute the notice and have the content reinstated after two weeks.

But that regime breaks down for livestreaming. For one, if a valid copyright dispute notice is filed by a human, it’s unlikely that a livestream site would take it down before the event ends, nor, under the law, is it actually required to. On the flipside, if a stream is taken down, the user who posted it has no immediate recourse, and the viewership disappears.

“To give you a sense, more video is uploaded on Ustream per second than even YouTube, per minute, per day,” Hunstable said in a phone interview with Wired.